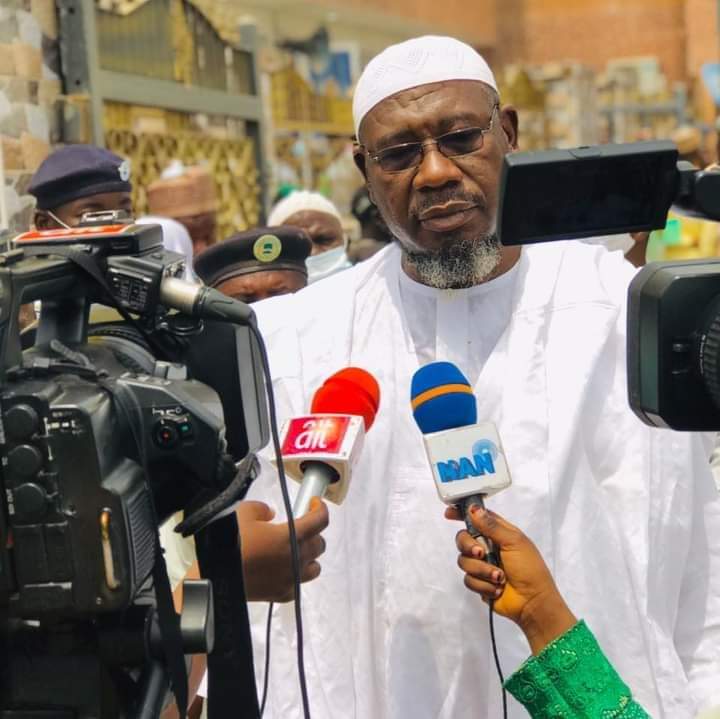 Suspended Chief Imam of Apo Legislative Quarters Mosque, Shiekh Nuru Khalid, has been sacked for delivering a sermon that criticised the government over killings in Nigeria.

InsightMedia had reported that the cleric was suspended following his blunt sermon criticising the administration of President Muhammadu Buhari over inability to handle security matters.

He delivered the sermon on Friday and was suspended on Saturday.

But the chairman of the mosque committee, Senator Saidu Dansadau, announced on Monday that Khalid’s suspension had been upgraded to sack.

He said that Khalid was sacked for not being remorseful despite his suspension as the Imam of the mosque.