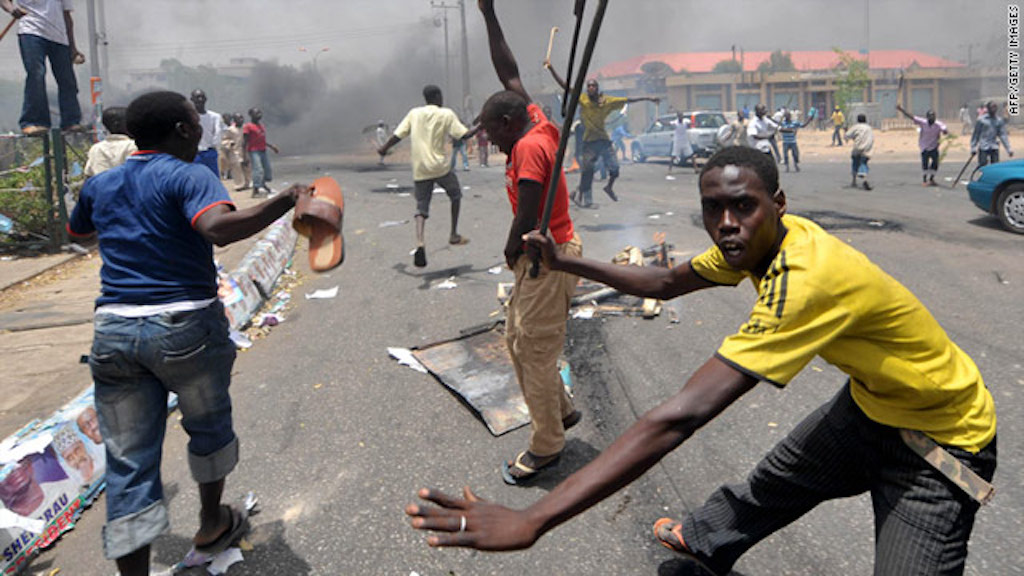 At least two persons have been killed in a crisis that erupted in the Mowe-Ofada area of Ogun State.

It was also learnt that there was violence in the Iyana Ipaja area of Lagos State on Friday.

Details of the incident at Iyana Ipaja are sketchy as of the time of filing this report.

When contacted, the Lagos State Police Command Public Relations Officer, Benjamin Hundeyin, promised to get back on the violence in Iyana Ipaja.

However, the Ogun police PPRO, Abimbola Oyeyemi, confirmed the violence in Mowe-Ofada area of the state.

We gathered that the violence in Ogun State started late on Thursday and snowballed to Friday morning.

He said the violence was caused by a clash between two rival groups.

Oyeyemi said, “It is a fight between two rival groups. One of the cultists was killed yesterday (Thursday) but the situation has been brought under control.

“We have arrested a suspect in relation to the violence.”

Eyewitnesses told our correspondent that many traders were scared to open their shops.

One of them, Titi, said, “A dead corpse was found around the Mowe area on Friday morning. We are being careful. Many of us are yet to open our shops. Everywhere is scanty.

Another trader at Mowe said, ” The boys are fighting. Police came to send them away but we have not started selling. Everywhere is scanty.

Thet started the fight yesterday evening and continued this morning. Two people were killed at Adesan and Onibode junction.”