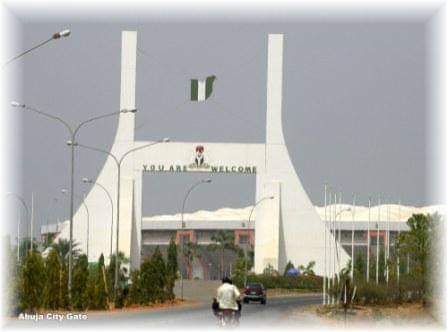 A resident of Sheda, Japhet Musa, said the incident happened in the early of Sunday, disclosing that kidnappers wielding sophisticated weapons invaded the community.

He said the kidnappers positioned themselves at strategic places within the community, before other gangs scaled the fence of the victims and whisked them away at gunpoint.

While speaking with our reporter at her residence on Monday, the victim’s wife corroborated the account of the witness who said the kidnappers jumped over the fence and whisked her and her husband away.

“But while they were moving us out of the community, the leader of the kidnappers ordered that they should allowed me to go back home so that I will go and source for ransom,” she said.

Narrating how they had access to their house, the woman said she stood up from bed out of fear to open the door when the kidnappers forced the door open.

“My two children were sleeping inside the children’s room, as they could not enter their room. That was what saved my children,” she added.

According to her, a contact has not been established with the kidnappers.

It was gathered that the sporadic gunshots during the operation sparked tension among students of the Federal Government College (FCG) Kwali, who were in their hostels.

The spokesperson of the FCT police command, DSP Adeh Josephine, is yet to reply to the text message sent her for comment on the latest kidnap incident.

FGC Kwali has since been closed as parents have evacuated their children. (Daily Trust)