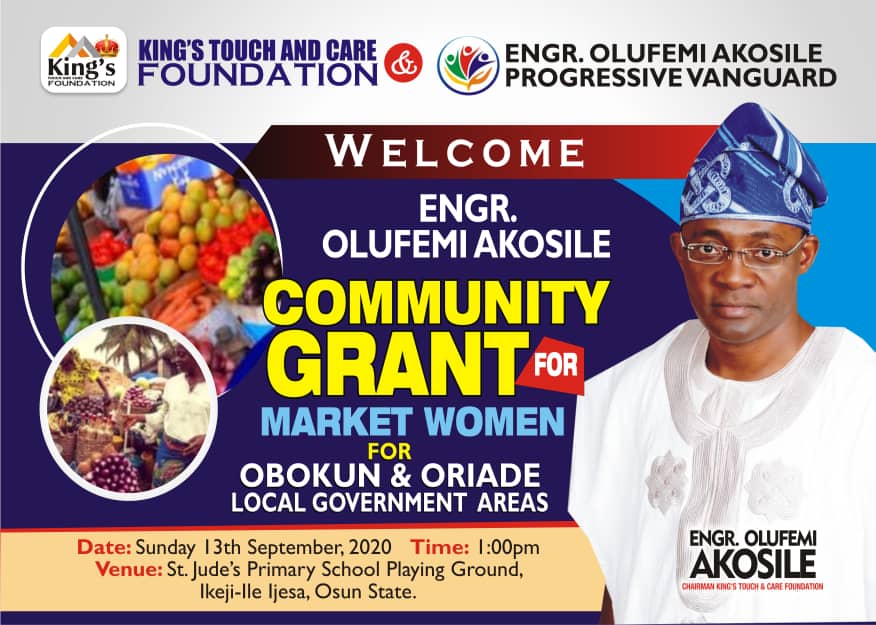 A non-governmental organization in Osun State, King’s Touch and Care Foundation is set to empower hundreds of market women in the state.

The Empowerment tagged Engr. Olufemi Akosile Community Grant is targeted at giving grants to about two hundred small businesses owners in Oriade and Obokun local government areas of the state.

Speaking with InsightMedia, the Chairman of the foundation and founder of Olufemi Akosile Progressive Vanguard, Engr Olufemi Akosile said the initiative is borne out of passion to raise people at the lowest level of the economic ladder and to support their businesses.

Akosile said the programme is part of his master’s plan to fight poverty at the grassroots and to ensure that small scale businesses, which are the backbone of every economy, are empowered.

The programme will hold on Sunday, September 13th, 2020 at the playing ground of St. Jude’s Primary School, Ikeji-Ile Ijesa, at 1pm.

Among those expected at the programme are the traditional rulers in Oriade and Obokun local government areas, Chairman of Timsed Group of Companies, Rotimi Obeisun; the Lawmakers representing the constituencies at the state assembly, market women to be led by the Iyaloja-General of the state of Osun, Alhaja Kudirat Fakokunde, local government chairmen; politicians, artisans, among others. 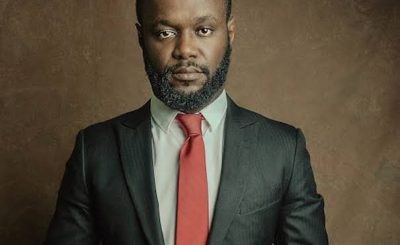 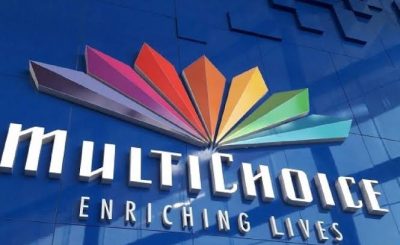 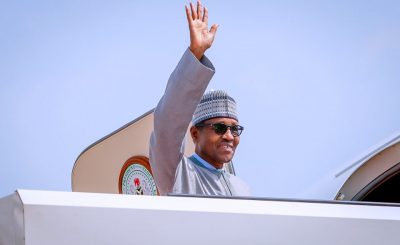