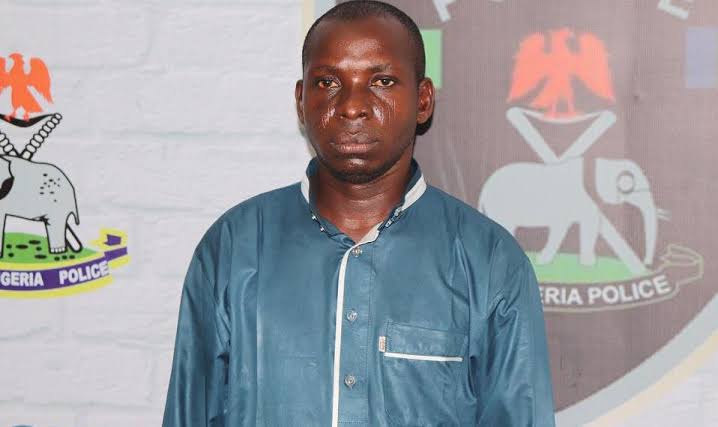 Notorious kidnapper and gunrunner, Hamisu Wadume, is said to be among the escapees of Tuesday night attack on Kuje prison by terrorists.

Wadume, who was remanded in custody at Kuje prison, for armed robbery, kidnaping and gun running after his arrest by operatives of the Intelligence Response Team (IRT), has not been found since after the attack on the facility.

It was gathered that the suspect who has been in custody at Kuje prisons since 2020, was not among prisoners recaptured by the security agencies.

It will be recalled that Hamisu Wadume, was arrested by IRT operatives in Taraba for terrorizing people of the state with his criminal activities. But the IRT operatives came under heavy firing by soldiers of 93 Battalion, Takum, in Taraba state, killing three police officers and one civilian staff in the process.

The soldiers who also rescued Wadume, from the IRT operatives were said to have carried out the operations on the orders of their commanding officer, Major Balarabe.

The killing of the police officers drew condemnation from the public. The suspects was later rearrested by the operatives at Kano and brought to Abuja, and charged to court, where he was remanded in prison custody. (Daily Sun)