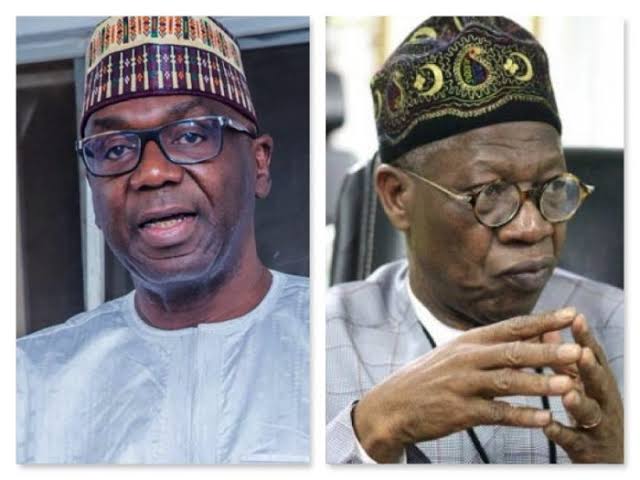 The crisis rocking the Kwara State chapter of the All Progressives Congress seems to be far from over despite a visit by the National Reconcilation Committee led by Senator Abdullahi Adamu to the State.

The committee met with the two factions: one led by the Minister of Information and Culture, Mr Lai Mohammed; and the other led by Governor Abdulrahman Abdulrazaq, in separate meetings in Ilorin, the state capital, on Monday.

Adamu had assured the factions of fair hearing and that it would try its best to reconcile the parties.

The Publicity Secretary of the faction loyal to the governor, Alhaji Folaranmi Aro, who confirmed that the committee met the group, said the prominent members of the opposing group in the party including the two ministers; Lai Mohammed and Ms Gbemisola Saraki, as well as Bashir Bolarinwa, the suspended chairman of the APC Caretaker Committee in the state, were not present at the meeting.

Meanwhile, soon after the committee left the state, the faction loyal to the Information and Culture minister accused the chairman of the reconciliation committee of bias, saying he should do justice to the issues without fear or favour in the overall interest of the party.

In a statement jointly signed by the state secretary of the faction, Alhaji Isiaka Agboji, and the publicity secretary, Mr Ibrahim Sharafdeen, the faction said Adamu’s body language and conduct were at variance with the stated objectives of the committee.

They said Adamu’s comment that he would not accept anything that could discredit the administration of the APC-led administration in the state was a “prejudicial remark from a man expected to be neutral in view of the volatile nature of his assignment.”

Their statement added, “We view such a belligerent tone as a prelude to what should be expected as the outcome of his input to the committee’s report. It is our belief that anyone who uses reason to escape history will end up repeating history.

“As a prudent statesman heading a reconciliatory committee of this nature, we expect that he would have approached this assignment with caution and tact rather than resorting to emotions by referring to his primordial relationship with one of the parties to the dispute. This, we consider as a clear case of a judge descending into the arena of dispute.

“Needless to say that prior to the arrival of the committee in the state on January 10, 2022, the parties had been requested to make their presentations in writing which was done. However, while we appreciate the intervention of the committee in finding lasting solutions to the lingering crises in the Kwara APC, we noticed the unpleasant body language and conduct of the chairman were at variance with the stated objectives of the committee.

“Further, even if the Committee Chairman has a long-standing relationship with the patriarch of Abdulrahman Abdulrasaq’s family, we consider it indecent to use the venue of the meeting to express such sentimental attachment.”

The statement described the committee members as persons of impeccable character and that the faction would not impugn their integrity in any way. However, they said, “Having done what is expected of us by articulating our position on the matter at hand and proffering what we consider as way forward to the committee, we hope the leadership of the party at the national level will do justice without fear or favour in the overall interest of the party.”

Mohammed’s group lists demands
In a related development, the deputy chairman of Lai Mohammed faction, Chief Sunday Oyebiyi, who led members to meet the committee, told Sunday PUNCH that they were still expecting to hear from the committee. He told one of our correspondents the requests presented by their faction before the committee.

He said, “Our requests: we urge this committee to ensure immediate registration of our members who are in the majority but were prevented from participating in the last party registration and revalidation exercise in the state. We also want our members to be included in every arrangement of the registration process by the national body.

“We urge the committee to recognise the executive produced by the congress conducted by the three tendencies (Alhaji Lai Muhammad, Senator Gbemisola Saraki and Mr Iyiola Akogun group) from wards, local government and the state.

“We also want the committee to sanction Governor Abdulrahman Abdulrasaq for his complicity in the anti-party conduct and his failure to adhere to all reconciliation moves.” (Culled from Punch report)