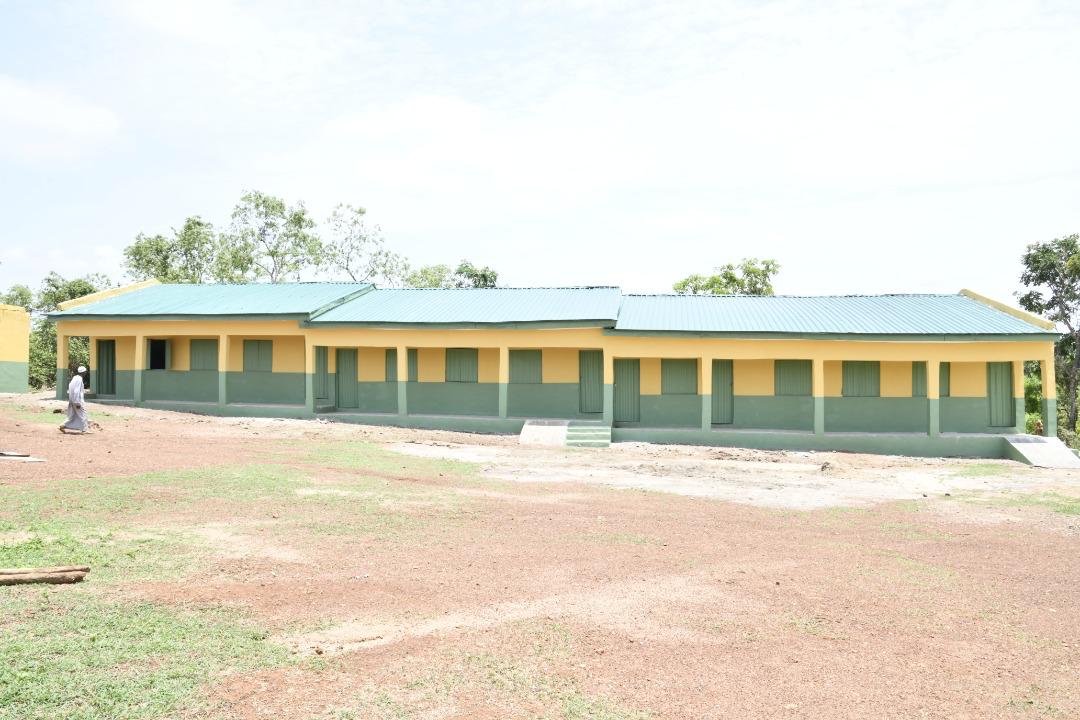 The government also provided water and modern sanitation facilities for the two communities.

A BBC documentary had in January broadcast a story about some 25 women keeping a fraction of their share of the federal government’s conditional cash transfer since 2017 to build a school for their community.

The Governor thereafter visited the two communities to refund the money of the women, praising their commitment to the future of their children and pledging to immediately construct the schools, provide potable water, and electricity for them.

The Governor has since redeemed the pledges to the two communities among other developmental projects across the state.

Speaking with newsmen on Monday on the development Village Head of Agindigbi Agbamu Alhaji Okanlawon Adam commended the governor for his immediate intervention on the school and for his interest in ensuring qualitative and accessible education for all.

“The governor has done a great thing for us. We can never forget what he did for us in this community. Because our pupils were learning under scorching sun and rain before and the governor came to our rescue,” he said.

“Now the governor has built a block of three classrooms for us. The block can even accommodate six classes. We are pleased with the beautiful edifice. In fact, this will improve enrolment in the school. The governor has also given us a borehole to serve the community. We thank him for that as well.”

Speaking in the same vein, the Village Head of Onila Chief Raphael Aweda confirmed that the government completed the block of two classrooms structure that was being constructed by women within the community from their monthly conditional cash transfer of the federal government.

He said the government also built another stand alone block of one classroom and an office with a separate toilet to serve the school and a borehole for the community.

“Our women came up with the idea of building the school instead of allowing our children to go to Agbamu or Omijo and we supported them before the intervention of the state government. We are grateful for the quick intervention,” Aweda said.

Deborah Aweda, one of the beneficiaries of the Federal government’s conditional cash transfer programme at Onila, said the women benefitting from the scheme in the community decided to contribute two thousand five hundred naira each from their monthly stipends to construct classrooms in the area.

She commended Governor AbdulRazaq for refunding the money so far spent on the construction and for the immediate completion of the project.