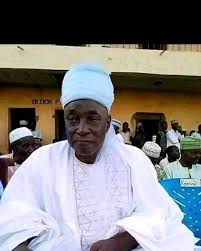 Kwara State Governor AbdulRahman AbdulRazaq has commiserated with the Muslim community in the state over the death of the Khalifah al-Adaby Sheikh Ahmad Olayiwola Kamaldeen Al-Adaby, praying the Almighty Allah to repose the soul of the erudite scholar and retired technocrat.

AbdulRazaq in a statement by his Chief Press Secretary, Rafiu Ajakaye described the death of Khalifa as a great loss to the religious circle, Ilorin and Kwara.

“The Governor received the news of the death of the revered Sheikh and former Permanent Secretary with shock and sadness. This death again depletes the ranks of religious scholarship and evangelism in our community and it therefore calls for sober reflection from all.”

“The Governor commiserates with the family of the eminent scholar, the entire Muslim community, and the Adabiyyah family worldwide on this unfortunate development. We pray Allah, the oft-forgiving and merciful, to forgive the Sheikh, grant him al-jannah Firdaus, and keep the great households of Sheikh Kamaldeen and our other departed leaders forever on the right path of faith, goodness, and piety.”