The Kwara State Government has restated that examination malpractices will not be condoned in the state again.

The Kwara State Commissioner for Education and Human Capital Development, Hajia Fatimah Bisola Ahmed gave the warning on Friday during a meeting she held with the Kwara Chapter of All Nigerian Confederation of Principals of Secondary Schools (ANCOPSS), National Association of Proprietors of Private Schools held at St Anthony Secondary school, Ilorin.

In her words, ” let me use this medium to warn you that the State government will not hesitate to deal with any Principal or School found wanting on his duties during the forthcoming WAEC/NECO examinations. As we all know, the West African School Certificate examination will start on 17th August, 2020″.

She implored them to ensure that both parents and students are advised on the need to read their books and abide by the rules and regulations that guide the examination.

“You should all go back and hand down my warning to all invigilators, parents and students. If any amount has been paid for such examination malpractice services, you should return it before it is too late”.

Hajia Ahmed also revealed that apart from swapping Principals to different schools, there will be secret invigilators and intelligent officers in order to ensure compliance.

She stated that in addition to this, anti-corruption agencies will be moving round to arrest and prosecute anybody that is aiding and abetting examination malpractices or involved in any form of sharp practices around the school premises.

“The State Government will not fold its arms to allow what happened last year to repeat itself. Over thirty million penalty paid following WAEC’s blacklists of 165 Schools over rampant examination malpractices is still afresh in our memory,” she said.

The Commissioner therefore enjoined Principals and private school owners not to ruin their career and the hard earned goodwill of their respective schools.

In his remarks, the Chairman Teaching Service Commission, Alhajia Abubakar Bello appreciated His Excellency, Mallam AbdulRahman AbdulRazaq for his laudable achievements in the education sector within less than two years in office.

He warned stakeholders in the
education sector not to sabotage the efforts of the present administion but rather join hands with the government to eradicate examination malpractices in the state.

In his contribution, the President, Kwara State chapter of All Nigerian Confederation of Principals of Secondary schools, Alhaji Toyin Abdullahi stressed their readiness to complement efforts of the state government in making sure that examination malpractices is a thing of the past in Kwara State.

He stressed that now that Principals are not going to supervise or invigilate in their respective schools, any Principal found culpable in malpractices should be ready to face the music alone.

The President, National Association of Proprietors of Private Schools, Dr AbdulRahman Adetumji has assured the state government that what happened last year on examination malpractices will not repeat itself.

He further said their Association Task force on examination has engaged civil defence to assist them in curbing examination malpractices in the state. 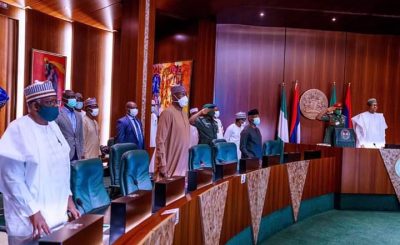