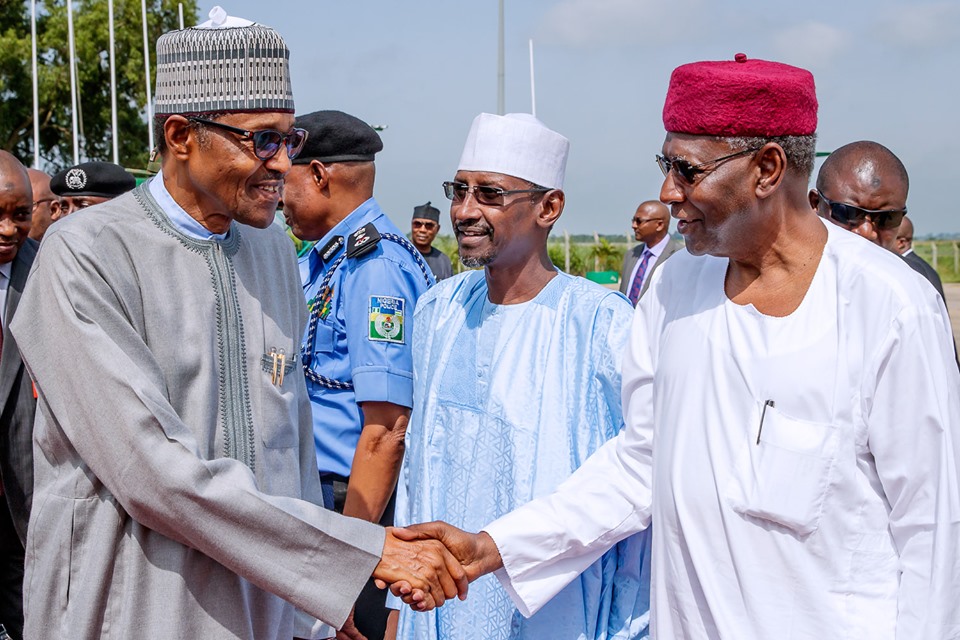 Months after they have died or vacated offices, some former aides of President Muhammadu Buhari including his ex-Chief of Staff, Abba Kyari are still appearing on official website of the Secretary to the Government of Federation as aides.

A check on the on Friday showed that Kyari was still on the updated list of political appointees over a month after he died due to complications arising from COVID-19.

Kyari died on April 17 and was replaced last week by Prof Agboola Gambari whose appointment was confirmed by the SGF, Boss Mustapha, on May 13.

The Punch reports that over a week after the announcement, Kyari still occupies the fourth position on the list, coming after Buhari; Vice President Yemi Osinbajo; and Mustapha.

Another person still on the list is Prof. Charles Dokubo, who was suspended as the Special Adviser to the President/Coordinator, Presidential Amnesty Programme in February.

Dokubo, who was appointed on March 13, 2018, was suspended based on the recommendation of the National Security Adviser, Babagana Monguno.

He is still occupying third position on the list of special advisers to the President.

The PUNCH had, in an exclusive report published on November 16, 2019, noted that some government officials who had been replaced and a late official still made the updated list of political appointees.

Six months after that report, no effort was made to update the list which is conspicuously displayed on the website.

For instance, the late Tijjani Yusuf is still on the list of special assistants. He is listed as Special Assistant to the President on General Duties.

The Presidency had in a July 3, 2019 statement by the Special Adviser to the President on Media and Publicity, Femi Adesina, announced Yusuf’s death.

Also still on the list is a former Chairman of the Special Presidential Investigation Panel for the Recovery of Public Property, Okoi Obono-Obla.

He was listed as the Special Assistant to the President on (Prosecution), Federal Ministry of Justice.

After his sacking as the SPIP chairman, the Presidency, again through a September 17, 2019 press statement by Adesina, announced the dissolution of the panel.

Another person that is still on the list a member representing Kano Municipal Federal Constituency in the House of Representatives, Shaaban Sharada.

His name still appeared on the list despite winning an election to represent his people during the 2019 general elections.

Also on the list are the names of two official photographers of the Vice President. Novo Isioro was still listed as the Special Assistant to the President (Visual Communication), Office of the VP, despite the fact that the lady appointed on August 12, 2017, had since stopped working with the Presidency since 2019. (PUNCH)