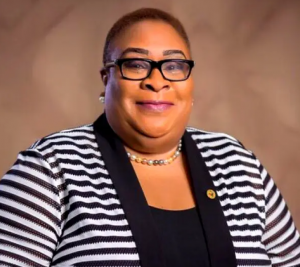 The Chairman of the Lagos State Independent Electoral Commission, LASIEC, Justice Ayotunde Philips has reiterated her determination to make Saturday’s election a success.

Fielding questions from newsmen yesterday the retired justice stressed that: ” It is imperative that we make the election a success. We have had interaction with those that are relevant to the success of this election the media, the security stakeholders grassroots representatives stakeholders among others.

Asked on the allegations level against the commission by YIAGA, that the Commission was not divulging information, the LASIEC boss chided the allegations said:” I had a meeting with them this morning (yesterday) and that has been sorted.

“We are still relying on all the polling units we used in 2017. With regard to the results, we are going to upload it in our cloud as the same thing as INEC does. Our website should really reflect the results.

Also asked option that would be engaged when card readers fail, she added: “There’s a sheet given to the Adhoc staff, such voter’s name will be filled with his number and such person vote would be valid”.