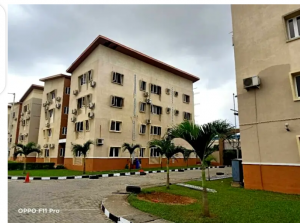 Commissioner for Housing, Mr Moruf Fatai-Akinderu, who disclosed this during a final inspection tour of the project sites, in Ikorodu, on Thursday, added the scheme targeted at low-income earners in the state.

“It is practically completed, and we would soon seek a date for commissioning.”

He explained that the project was delayed due to the following reasons:

There was a fire outbreak that affected some blocks. This has already been rectified.

“The sewage system challenge is also being resolved. Snags on some buildings are being addressed. Energizing of the estate is ongoing.”

Fatai-Akinderu, also stated that the resettlement scheme in Agbowa, located on the same axis with the Odo-Onasa-Ayandelu scheme, comprises 144 units. 4 blocks of 2 bedrooms of 48 units, 4 blocks with one bedroom of 96 units, on 8.8 square meters.

Fatai-Akinderu added that: “They are to be transferred to either Ministry of Special Duties and/or Ministry of Youth and Social Development after completion as directed by Governor. Babajide Sanwo-Olu.

“The project is practically completed as we are working round the clock to energize the scheme.

“It is our intention that Governor Sanwo-Olu, will commission both Odo-Onosa Ayandelu and the Resettlement Scheme Agbowa projects on the same day.”