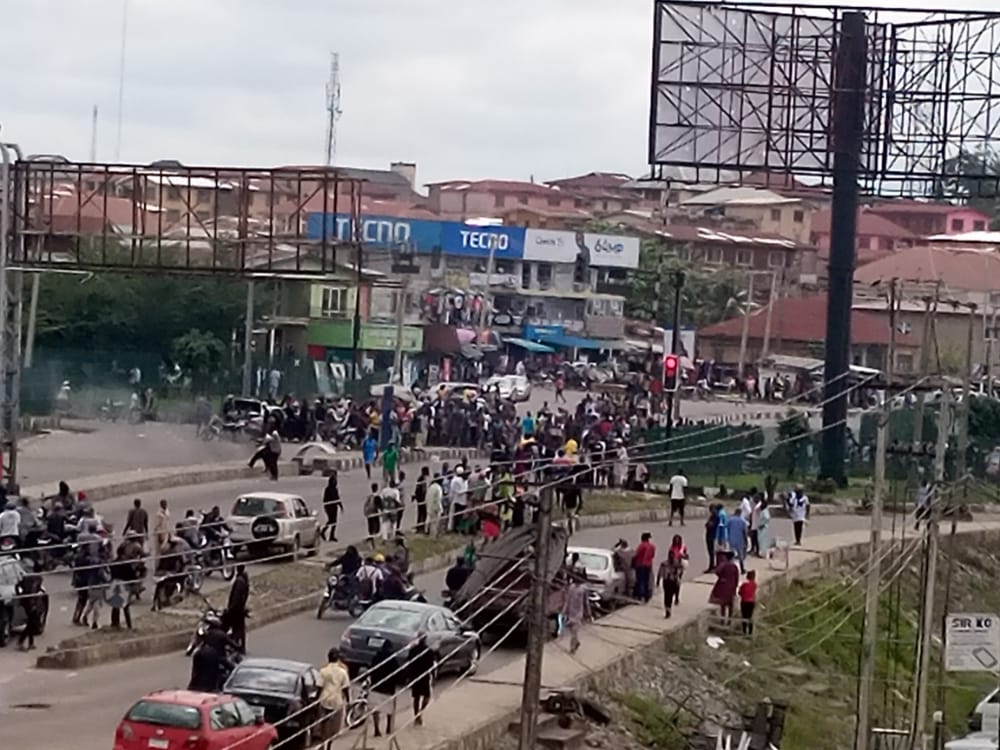 One of the leaders of #EndSARS protest in Osogbo, Osun State, Mr Ayodeji Ologun has broken silence over the unfortunate incident that happened yesterday.

Ologun in a statement he signed early in Sunday regretted the attack on Governor Gboyega Oyetola, the death of two persons, the burning of NIPOST office and the looting of shops inside the Osun Mall by hoodlums who hijacked the protest.

Ologun, who’s is the leader of Oduduwa Youth Initiatives, said it’s time for the protesters to pause and reflect on the next line of action as the aim of the protest is becoming defeated in the state.

Read his full statement here; “The zeal with which young people trooped out to protest against the brutality, highhandedness and inhumanity of men of the Special Anti-Robbery Squad (SARS) of the Nigeria Police Force is commendable and must be applauded by all.

“The motivation from inception, was to entrench a rule of peaceful coexistence between security operatives and the civilian community they swore to serve. This was clearly planned to be a peaceful protest. I salute the doggedness of every young person who has stayed true to this cause. May we live to enjoy a functional Nigeria.

“From State to State, young people have trooped out in support of the movement. As Osun youths, we have also played our parts in this direction, standing up to be counted and raising our voices to be heard.

“Despite our forthright dedication to the cause however, certain unfortunate incidences are calling our efforts to question. Top on the list is the reported death of some young persons, the attack on Mr. Governor, the attack on protesters by some hoodlums, the burgling of Osun Mall and the reported Arson carried out on the NIPOST Office.

“As law abiding young people, I want to state clearly that these unfortunate events were never intended and on behalf of my team of young progressive Nigerian citizens, I want to say we apologize for any inconvenience or hardship that may have been imposed on anyone by these sad occurrences.

“I plead with my fellow protesters to move past the attack on us by some unscrupulous elements and focus our energies on being excellent citizens of the Federal Republic of Nigeria. Let us forgive, so that we can move ahead.

“I apologize to Governor Gboyega Oyetola for the assault on him. I say unequivocally that the true young persons protesting would never attack the Governor of their State and I hope that security agents will swing into action and fish out the hoodlums responsible for this unfortunate incidence.

“My sincere condolences to the families that reportedly lost their loved ones. I pray God grants you the fortitude to bear the loss. I urge government and security agencies to quickly swing into action to bring the perpetrators of these murders to justice. This is in the interest of closure for the families, vindication for security aides of Mr. Governor and satisfaction of the young people who came out to protest.

“I also commiserate with business owners whose places of business were burgled or burnt by these rampaging hoodlums whose identities we hope will be unravelled in no distant future. Government will do well to fish out the culprits and dispense justice accordingly. May God replenish you.

“To my Comrades, I say that we have come to this point where we have to pause and reflect. We must decide whether our beautiful agitation can still continue in Osogbo without the unfortunate incursion of antisocial elements who are giving a bad taste to it. We must rethink and re-strategize, lest our lofty ideals be rubbished by the irresponsibility of a few.

“This is what I will be doing in my personal capacity. We are at this point where this has become inevitable. 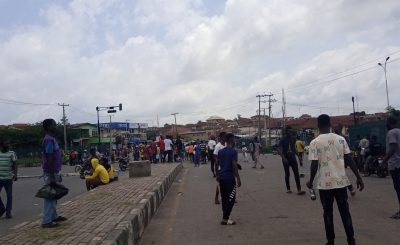