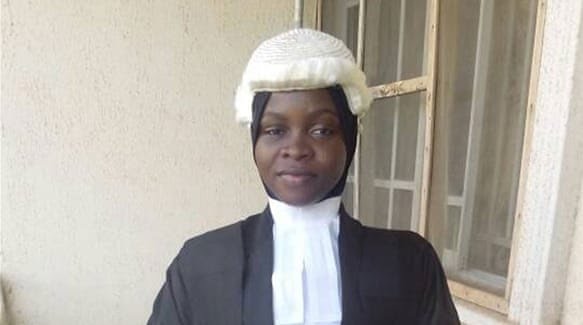 One of the challenges Muslim females are facing is the wearing of hijab. Hijab is a veil they use in covering their body. These challenges are found even in public institutions. The proscription of the use of veils is normally done through rules made in those institutions. For example there has been complaint that hijab is not allowed in Nigerian Law School, it happened also in Kwara, Lagos, Osun State etc where students were not allowed to wear hijab to schools.

This article seeks to establish that prohibiting Muslim females from wearing veils in public institutions is unconstitutional. Whether the position is the same in private institutions or not is outside the scope of this article.

To clear a preliminary point, I am a Christian and shall by the grace of God die a Christian. This work is based on my little understanding of the law and love for rule of law. The work is also informed by my agreement with the words of Martin Luther King Jr. who once said:

“Injustice anywhere is a threat to justice everywhere. We are caught in an inescapable network of mutuality, tied in a single garment of destiny. Whatever affects one directly, affects all indirectly.”

In other words, it is Muslim female facing it today, tomorrow it may be Christians. So, I feel spade should be called a spade.

Let us first examine the basis of the use of hijab by Muslim women. Chapter 24 verse 30-31 of the Glorious Holy Quran says:

“… Enjoin believing women to COVER THEIR GAZE and guard their modesty; that they should not display their beauty and ornaments except what (must ordinarily) appear thereof; that THEY SHOULD DRAW THEIR VEILS OVER THEIR BOSOMS AND NOT DISPLAY THEIR BEAUTY except to their husbands, their fathers, their husband’s father, their sons, their husband’s Sons, their brothers or their brother’s Sons or their sisters’ sons or other women, or the slaves whom their right hands possess, …”

It follows from the verse above that wearing of hijab by Muslim women is a Quranic injunction so a Muslim female is bound to obey it without question.

The next point is whether a Muslim female can capitalize on the provision of Glorious Qur’an to insist that she is entitled to wear Hijab everywhere. The answer is obviously in the affirmative.
Subsection (1) of section 38 of the constitution of the Federal Republic of Nigeria 1999 (2011 as amended), it provides as follows:

“Every person shall be entitled to freedom of thought, conscience and religion…and IN PUBLIC or IN PRIVATE) to MANIFEST AND PROPAGATE his RELIGION or BELIEF in worship, teaching, PRACTICE and
OBSERVANCE”
(emphasis mine)

The constitution is a grundnorm and by section 1(1)&(3) thereof, it is Supreme and binding on all authorities and persons in Nigeria and as well above the ordinary laws of the land. Since the constitution recognizes ones right to manifest ones religion and belief in practice and observance, a Muslim female, being a Nigerian too, has the right to wear her hijab anywhere.

“The Constitution of Nigeria is the grundnorm, otherwise known as the basic norm from which all the other laws of the society derive their validity. Each legal norm of the Society derives its validity from basic norm. Any other law that is in conflict with the provision of the Constitution must give way or abate”.

Courts have consistently held that, having regards to chapter 24:30-31 of the Holy Quran, a Muslim female has the unfettered right to wear her hijab anywhere.

The Court of Appeal Ilorin Division in the Unreported case of THE PROVOST, KWARA STATE COLLEGE OF EDUCATION, ILORIN & 2 ORS VS BASHIRAT SALIU & 2 ORS Appeal No CA/IL/49/2006, delivered on the 18th day of June, 2009, per Hussein Mukhtar, JCA, held at page 15 – 16 of the lead judgement thus:

“­­­The foregoing verses of the Glorious Qur’an and Hadiths have left no room for doubt on the Islamic Injunction on women’s mode of dress, which is clearly in conformity with not only the Respondent’s veiled dress but also the controversial article J of the 3rd Applicants’ dress code. The use of veil by the respondents, therefore qualifies as
a fundamental right under Section 38 (1) of the Constitution”.

The Court of Appeal further held per Massoud AbdulRahman Oredola, JCA at page 2 of the concurrent judgement;

“The right of the Respondents to wear their Hijab, veil within the School campus and INDEED ANYWHERE else is adequately protected under our laws. Human rights recognizes and protects religious rights. Section 38 of the 1999 Constitution of the Federal Republic of Nigeria guaranteed freedom of religion to all and sundry. Thus things that lawfully constitute OPEN MANIFESTATION, PROPAGATION, WORSHIP, TEACHING, PRACTICE AND OBSERVANCE of the said religion are equally and by extension similarly guaranteed and protected by the Constitution. Indeed the Hijab, Niqab or Burqa, being part and parcel of Islamic code of dressing and by whatever standard a dignified or vividly decent one cannot be taken away by any other law other than the Constitution”

Just last year, 2016, Justice Falola of the Osun State High Court restated the law as pronounced in the Court of Appeal decision above while delivering judgement in the case of Sheikh Oyinwola & Ors V The Governor of Osun state & Ors SUIT NO. HOS/M.17/2013 delivered on the 3rd of June, 2016. Bound by the time honoured principle of Judicial Precedent, the court held that the use of Islamically prescribed head­-cover called Hijab by the Muslim Female Students in all Primary and Secondary Schools in Osun State forms part of their fundamental rights to
freedom of religion, conscience and thought as contained in Section 38 of 1999 Constitution of Federal Republic of Nigeria (as amended) and also declared that Article 8.2(v) of the “Guidelines on Administration and Discipline in Osun State Public Schools“ issued by the Ministry
of Education prohibiting Muslim females from wearing hijab in public schools is not only discriminatory against Muslim female students but also uncalled for, inconsistent with Section 38 of 1999 Constitution of the Federal Republic of Nigeria and a clear violation of the fundamental rights of Muslim female students in Public Schools in Osun State to freedom of religion and therefore null, void and of no effect whatsoever.

A month after, a specially constituted panel of the Court of Appeal sitting in Lagos on Thursday, July 21, 2016 unanimously reaffirmed its decision delivered in 2009 at Ilorin, Kwara state Division. It reversed the judgment of a Lagos State High Court in Ikeja which on October 17, 2014 banned the use of hijab in Lagos State public primary and secondary schools.
The appellate declared in a unanimous judgment on Thursday that the ban was discriminatory against Muslim pupils in the state.
It accordingly reinstated the use of hijab in Lagos schools.

I’m not unaware that section 38 of the constitution (right to religion) is not absolute. The right is subject to section 45 of the constitution which gives government the right to disregard citizen’s right to religion in the interest of defence, public safety, public order, public morality or public health; or for the purpose of protecting the rights and freedom of other persons. For instance during the Bokoharam insurgency in the North East, government was right when it temporarily banned the use hijab because then some suicide bombers hid bombs therein.

Another example is the fact that every person has the right on religious ground (say Jehovah Witness sect refusal of blood transfusion) not to submit to treatment recommended by a doctor even if the refusal of treatment can lead to the death of the patient. However for the purpose of public interest, and relying on the authority of the Supreme Court decision in M.D.P.D.T. v. Okonkwo (2001) 6 NWLR (Pt.710), such right would be held in abeyance if the disease, like Ebola and the like, is contagious.

In the light of what has so far been stated and in the absence of any exceptional circumstance as the ones mentioned above, every Muslim female has the unfettered right to wear her hijab anywhere. Prohibition of wearing of hijab in some public institutions is unconstitutional. The institutions concerned are hereby advised to reverse those rules.