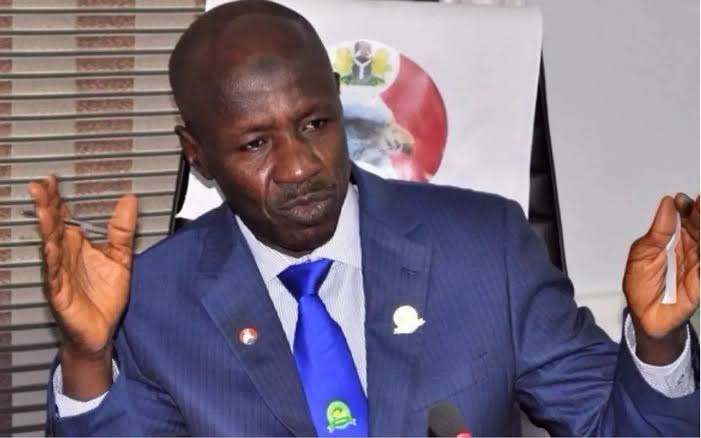 Suspended Chairman of the Economic and Financial Crimes Commission, Mr Ibrahim Magu has described as unjust, the interim report submitted to President Muhammadu Buhari by the Judicial Commission of Inquiry led by Justice Ayo Salami (retd).

The report according to TheCable recommended that the president should sack Magu and appoint new head for the EFCC.

A top source in the police told Saturday PUNCH that although the panel was still probing Magu, testimonies and documents from witnesses so far were enough to make it recommend the removal of the suspended EFCC boss.

A police source who is privy to the investigation but who pleaded anonymity because government has yet to take a decision on the matter said, “The Salami panel has been sending interim reports to the President. Its latest report, however, recommends Magu’s sacking from the EFCC and possible prosecution.”

When asked why the report was sent when Magu had not yet opened his defence, the police officer said, “But Magu has been part of the process. He has been attending sittings and has even been given the opportunity of cross-examining some witnesses.

“The interim report is for the President alone and is to keep him abreast of the activities of the panel.”

However, the counsel to Magu, Mr Wahab Shittu said Justice Salami had told him that no such report has been sent to the president.

Shittu said Magu had yet to open his defence and that it would be unjust for the panel to recommend his sacking.

He said, “I don’t understand why we should be talking about a reaction to something that is blatantly falsehood. First, the panel is still calling witnesses. Two witnesses appeared before the panel today. So, if there were ongoing proceedings on Wednesday, Thursday, Friday and the panel has adjourned till Monday, if witnesses are still being taken and interrogated, and documents are still being submitted, what that should suggest to you is that proceedings are ongoing and have not been concluded. Does it (then) make sense for a report to be submitted?”

The lawyer said even if the report was an interim one, it would be wrong to submit it without hearing from Magu.

AGF Malami revives public property recovery panel dissolved by Buhari
Shittu added, “Ibrahim Magu, my client, has not opened his defence and the panel has repeatedly indicated that he would be allowed to defend himself only after witnesses have been exhausted. So, somebody who has yet to defend allegations against him, can he be indicted?

“Whether interim or final, you cannot issue the report without listening to all the witnesses and then take the defence. My reaction is that the story is planted by mischief makers. A similar falsehood was published by a newspaper and I confronted the panel yesterday (Thursday) and the chairman said how could they have issued such a report when they haven’t formally served him with the allegations and he told me to disregard the report.” 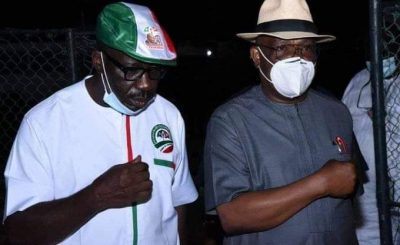