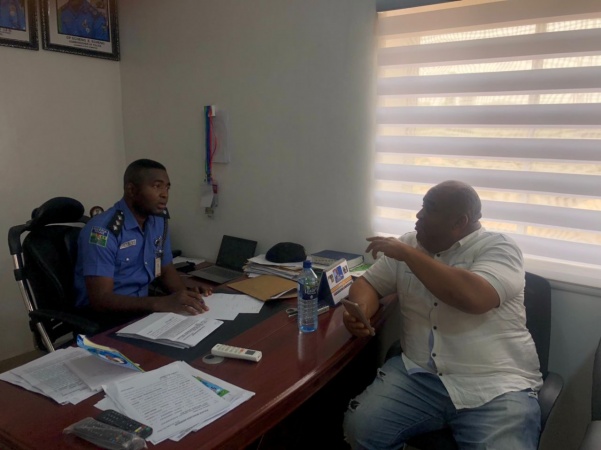 The Anambra State Police Command on Wednesday dismissed a rumour making the rounds that Mr Olisa Igbonwa, a kinsman of Minister for Labour and Employment, Dr Chris Ngige, was in a casket taken around the community by the elders, and buried in a forest for taking a chieftaincy title, Ichie Ngene, a decision the community felt was not within his right, leading to a mock burial conducted on him by the elders of the community.

A press release by the state Police Public Relations Officer (PPRO), DSP, Tochukwu Ikenga, said Igbonwa visited the command to institute a case against the elders of his community.

The release said: “The attention of Anambra State Police Command has been drawn to a trending video clip and online publication stating that one Chief Olisa Igbonwa was buried alive In Alor, Anambra State by the Elders of Okebunoye village, Alor, Idemili South local government area of Anambra State.

“The elders met and took a decision to bury and mourn Mr Igbonwa alive for taking ‘Ichie Ngene’ title by himself in the community.

“The publication is not only false but also misleading. The Command wishes to state that Olisa Igbonwa is alive and was never buried alive as alleged in the publication.”

According to Ikenga, Igbonwa visited the command physically on Wednesday to make a formal complaint, saying that he received a chieftaincy title from HRM Igwe Alor but was threatened by one Mr Uzoma Igbonwa and others to renounce the chieftaincy title within 30 days or face dire consequences.

He said the state Commissioner of Police, Echeng Echeng, has ordered a discreet investigation into the matter and to unravel the circumstances surrounding the incident in order to bring perpetrators to book.

Ikenga said investigation into the matter was still on.

Igbonwa, an indigene of Alor, was said to have taken a decision the community felt was not within his right, leading to a mock burial conducted on him by the elders of the community.

Rumour has been flying that Igbonwa was in a casket taken round the community by the elders, and buried in a forest.