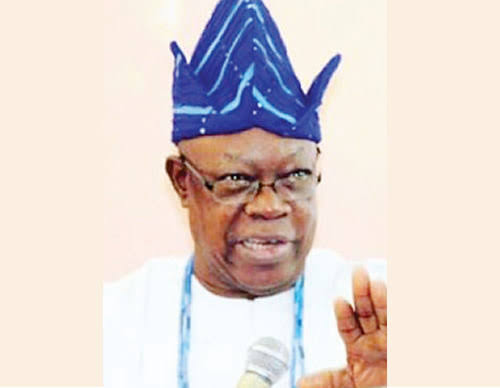 Senator (Dr) Lekan Balogun renowned technocrat, rare breed politician, erudite scholar, activist, author, philanthropist of note, no doubt, has every cause to roll out the drums to celebrate this landmark achievement. In spite of being born into a blue blooded family, Lekan’s proclivity for hardwork manifested quite early. After his primary education, young was enrolled at CAC Modern School, Anlugbua.

Otun Olubadan of Ibadan Land, sits on the Board of several companies with interests in Oil and Gas, Distributive Trade, Management Consulting, Mechanized Farming and Export of non-oil items as well as Travels and Tourism.

A former Presidential Aspirant on the platform of SDP, Senator Balogun was also a Gubernatorial Candidate for the PDP in Oyo State in the present political dispensation and a Senator of the Federal Republic of Nigeria in the Fourth Republic. He was chairman Senate Committee on National Planning and was a member to many Senate Committees such as Appropriations, Security and Intelligence, Police Affairs and Defence (Army).

High Chief Lekan Balogun has written and published widely. Many of his publications include but not limited to; A Review of Nigeria’s 4 years’ Development Plan, 1970-1974; Nigeria: Social Justice or Doom; Power for Sale: published in Punch Newspaper; Arrogance of Power; Nigeria: The people must decide, among other publications.

Then he was staying with one of his brothers, Late Hamzat Adewale Balogun, who was a civil servant but was studying privately for the General Certificate of Education, Ordinary Level ( GCE O’L). He was also subscribing to Rapid Result College in the UK to enhance his performance in the examination. But Lekan was secretely reading his brother’s correspondence which became very helpful to him when he wrote his qualifying test which was like ‘G4’ at the time. While in the second year of the three-year modern school programme, Lekan sat for the Qualifying Examination and passed. Therefore, he left school without completing the programme.

Armed with this certificate, he travelled to the UK where he studied for his O and A levels certificates while doing a part-time job to sustain himself- all under 18 years of age. A highly celebral student, gaining admission into the university was not a problem for him. In fact, he had the task of choosing from many offers after which he settled for Brunel University. He left the university in 1973 with a Masters degree in Administration and Economics. He has brief stint with the Lamberth Local Government Social Services Department where he worked for one and a half years after which his academic inclination took the better of him and he enrolled for his Phd. Lekan’s outstanding academic performance did not go unnoticed.

For his undergraduate programme, he enjoyed university scholarship while his post graduate studies were sponsored by the Social Science Research Council. He returned to Nigeria and took up an appointment with Ahmadu Bello University (ABU), Zaria.