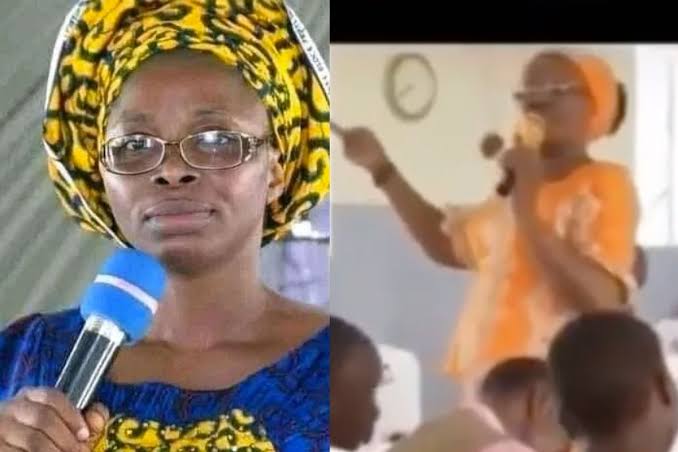 As the preaching of its Founder continues to trend on social media, security has been beefed up around the premises of Rapture Proclaimer Evangelical Church of God (RAPEC) in Iyana Ipaja area of Lagos.

The church, founded by Evang. Funmilayo Adebayo, nicknamed Mummy GO, has become the latest center of attraction for visitors, strangers, journalists who want to catch a glimpse of her preaching and the church’s activities.

In a later turns of events, it was gathered that the church has stationed some church officials tagged as ‘holy police’ at different points leading to the estate, to monitor new faces and prevent ‘noisy’ strangers from gaining access into the church.

Among the duties of the holy police is to ensure that no one takes photos or videos of the church activities. They are empowered to temporarily seize phones and delete church activities captured by guests and members.

Also at the main entrance of the church, all phones are required to be turned off before gaining entry.

The church explained that phones are distractions to the angels of God.

The holy police have also been mandated to ensure strict compliance with the church’s regulation including covering one’s hair, prohibition of jeans and make-ups.

The Nation reports Mummy GO has been making waves on social media due to her controversial sermons.

But last week, she said that many videos about her sermons saying people will go to hell have been edited and manipulated.

Since videos of her preaching went viral, Mummy GO has carefully stayed away from recent church activities.

The cleric revealed during the interview that her messages have made her receive death threats from other pastors and people she doesn’t know.

She said guns have been pointed at her and she has been pursued and spied on by people she doesn’t know, owing to her messages.

The evangelist said after receiving these threats and she did not back down, these set of people came to social media to begin all the blackmail. (Culled from The Nation report)