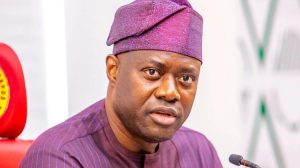 Political Awareness Group, PAG, has called on Oyo State Government to immortalize three Muslim lawyers who were selected as judges of the high court but died after Governor ‘Seyi Makinde stopped their confirmation.

While making the plea at a news conference, held in Ibadan, yesterday, Dr Moruf Yusuf, the Vice-Chairman of PAG, an Association of Muslim Professionals and Technocrats for Good Governance at its Secretariat, Ososami, Ibadan, said, apart from immortalizing them for denying them the prestigious promotion from the bar to the bench, their families should also be adequately compensated, while the Muslim Ummah should be consoled by Oyo State Government.

He listed the names of the lawyers as Alhaja Fatima Badirudeen, Mr Wasiu Adetunji Gbadegesin and Mr AbdulRasaq Bolaji Agoro.

“It is painful indeed that the three Judges denied had eventually, consequentially and miraculously given up the ghost.”

Fatimo died in December 2020; Gbadegesin died in April 2021 while Bolaji died in July 2021. Makinde, is it a capital offence to be a Muslim in Oyo State? Now that they have all passed on, it will be of utmost importance to immortalise them, compensate their families and condole we Muslims in Oyo State.”

While giving background to the selection, Dr Yusuf explained that to fill the three vacant positions of judges of the high court, the state introduced examination for the first time, benchmarking 70 per cent as the cut off mark while it was agreed that the most qualified applicant in each of the State Judiciary, Ministry of Justice and Nigeria Bar Association, NBA would be selected.

“The Government of Oyo State was advised around mid-year 2019 to appoint three additional qualified persons to fill the vacant office of Judges of High Courts of the State. Thus, applications were invited by the State Judicial Service Commission from suitably qualified Legal Practitioners and 36 Lawyers applied.”

“The Commission, under the Chairmanship of the Chief Judge of the State, with a view to meritoriously selecting most creditable three of the applicants, conducted thorough examination for the applicants (first ever of such examination in the history of the State) as requested by the then-Attorney General of the State- Professor Oyewo. 70% was benchmarked as the cut-off mark while the Commission further resolved to select the most qualified applicant in each of the State Judiciary, Ministry of Justice and NBA.”

He said out of the 36 applicants, Alhaja Badirudeen, Mr Wasiu Gbadegesin and Mr Agoro emerged first from State Judiciary, Ministry of Justice and NBA and wondered why their confirmation from National Judicial Council, was stopped by the state government.

“Alhaja Fatima Badirudeen (of blessed memory) was not only a qualified applicant and Lawyer who scored well above 70% but also the Chief Registrar of the State. Thus, she was selected from the Judiciary as one of the three Judges-nominee.”

“Mr Wasiu Adetunji Gbadegesin (of blessed memory) was not only a successful applicant and Lawyer who scored well above 70% but also the Solicitor General and Permanent Secretary, Ministry of Justice of Oyo State. Thus, he was selected from the Ministry as one of the three Judges-nominee.”

“Mr. AbdulRasaq Bolaji Agoro (of blessed memory) was excellently talented. He scored well above 80%. He was a learned senior and active member of the NBA, Ibadan branch. Thus, he was selected by the Commission from the Nigerian Bar Association as one of the three Judges that never be. Coincidentally, the three successful Judges-nominee were Muslims.”

“The list of the three Judges-nominee was transmitted to the National Judicial Council by the Commission for its recommendation to Governor Oluseyi Makinde for appointment as Judges as Section 271 (2) of the Constitution provides. Surprisingly, however, the then-Attorney General of Oyo State- Prof. Oyewo petitioned that the list be withdrawn on the directive of the Governor. Why?”

“A question yet to be answered by the Governor. Albeit, Prof. Oyewo premised this action on the ground that the duo of Fatimo Badirudeen and Wasiu Gbadegesin who rose in service across the ladder to the pinnacle of their cadre were from the same Oyo community and that the three Judges-nominee were Muslims. Is being a Muslim a misfortune?”

“Dr Yusuf noted that the situation affected the three lawyers coupled with indirect frustration from the State Government which contributed to their demise, though no soul could taste death except with the wish of God.”

“Despite being Senior Counsel and most qualified, the three Muslim professionals were subjected expressly by Makinde-led executive or administrative action to unconstitutional restriction, discrimination and frustration by reason only that they were Muslims and majorly from Oyo community. In fact, Gbadegesin was further redeployed out of his Ministry to the State Ministry of Education- an unprecedented embarrassment and unparallel bigotry in the history of Oyo State, Nigeria.”

He said the elevation of a judge in the high court to the appeal court had increased the vacancies to four and from investigations, Governor Makinde had perfected plans to fill the four positions with Christians without following due process.

“The advancement of His Lordship, Aderemi JCA to the Court of Appeal has made a vacant post in the judges of Oyo State High Court to be four. Our findings revealed that plans are being made by the Governor now to automatically fill the four vacant posts with Christian Lawyers. We advise the Governor to jettison such plan.”

“Our findings further revealed that the demised Muslim Lawyers were denied judicial appointments because they refused to do the biddings of the Governor and appeared too impartial. A Judge shall be impartial. We are informed that new 4 slots of Judges of High Court are to be also appointed in this year 2021 by the Governor.”

“May we remind Your Excellency that as at present, the number of non-Muslim Judges is almost double that of Muslim Judges in Oyo State. Whereas,70% of indigenes of Oyo State are Muslims. We advise you, humbly, to redress this injustice and make equitable balance in the ongoing appointments.”

Dr Yusuf appealed to Governor Makinde to exhibit fairness to all irrespective of religious affiliations.

“In furtherance to the aforestated, the Association of Muslim Professionals and Technocrats for Good Governance also known as the Political Awareness Group (PAG) condemns unequivocally all forms of injustice in the administration of Oyo State as witnessed in the appointment of Commissioners and other members of the last cabinet (now dissolved) and call for the equitable appointment of commissioners, government functionaries and fairness in employment opportunities.”

He also enjoined the state government without any delay to install the new Eleruwa of Eruwa who is a Muslim and whom the Supreme Court has declared as the authentic monarch.

Dr Yusuf warned the Afenifere group to avoid making publications against Islam as such would heat up the polity.