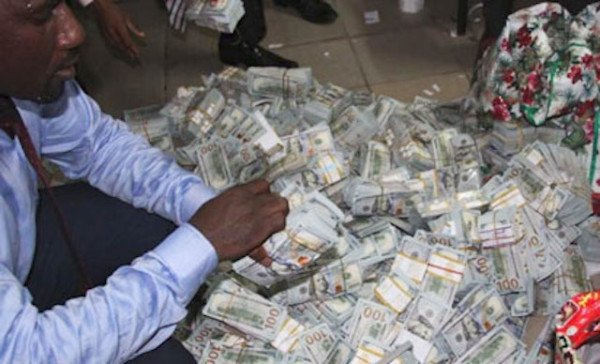 Counsel to the whistleblower of N13bn Ikoyi looted cash, Mr. Yakabu Galadima has accused the Economic and Financial Crime Commission of serially abusing the rights of his client and taking him to psychiatric hospital.
The Legal luminary explained the hectic circumstance behind his client’s shouting which he said is due to his inability to access his money. The EFCC instead of paying his client took him to Yaba psychiatric hospital.
“The day we went to the office of the then Acting President, they gave him a number that he could reach at any time. So he has been communicating with the Vice- President. Following the threats, they detailed some SSS to be working around him. “Because the guy had always been looking forward to seeing this money and it wasn’t forthcoming, he started shouting. When he started shouting, they said he was mad, that he is having a mental problem. “The SSS people called me and said I should come and carry my luggage. They brought him to the EFCC and abandoned him there.
The EFCC people called me that I should come and carry my client. ‘’On getting to the commission’s office, I was informed of my client’s mental illness and plans to take him to the Federal Neuro-Psychiatric Hospital in Yaba. “I said he is not mad, that it is because you people are holding his money that is why he is reacting this way. They insisted that the guy was mad, that they had to take him to a psychiatric hospital. They bundled this man. I said ok if that is how to prove that he is not mad, no problem. We went to the psychiatric hospital in Yaba. “They injected him and said they have to monitor him for a month. They monitored him for a month.
The day they were going to release him, the EFCC called me again to come and carry my “critical asset. ‘’ This was a boy I never knew from Adam. I said ok, I went to the EFCC, the guy said he was ok, there was no problem anymore. They handed him over to me three weeks ago. I pay money into his account on a weekly basis for his upkeep.’’