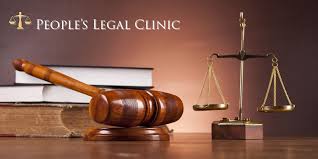 An Ibadan customary court has on Thursday dissolved a 20-year old marriage between Nike Alufoso and Tunde Alufoso over life threatening treatments.

The President of the court, Chief Ademola Odunade dissolved the marriage after it became clear that the couple are no longer compatible.

The wife who approached the court for divorce said her husband has almost sniffed life out of her and several assault her mother too.

She said “My lord had I known that there was more to living with Tunde as a wife, maybe I would have had a rethink 20 years ago when I chose him as a husband.

“I can only summarise my experience with Tunde as one characterised by agony, battery, shame, disrespect, hunger and lots more.

“Anytime there was a minor disagreement between Tunde and me, he would strip me naked in the neighbourhood and unleash mayhem on me.

“The last one he did this month was when he inflicted serious injury on one of our daughters with a broom.

“After beating up the little girl, I had to start removing pieces of the broomsticks that had penetrated her skin,” she said.

The President of the court said “Therefore, the union between Nike and Tunde has ceased to be, henceforth, in the interest of peaceful living,” he said.

The court granted the custody of the two children produced by the union to Nike and that Tunde will be paying N5,000 monthly upkeep while the responsibility children’s education will be on the defendant too.

He explained that Nike’s mother has been a major problem in the marriage.

“My lord, Nike’s mother is the major problem in our union because she keeps misleading her against my wish.

“Every now and then, Nike’s mother is always loitering around our house.

“Then, I asked Nike why her mother did not want us to have a breathing space.

“That is why they all teamed up against me.

“It is true that I beat my child, but it was because I saw blood flowing out from her private part.

“Nike did not inform me on time that our daughter had already started menstruating while I thought that someone somewhere had deflowered her.

“If it is her choice to leave, let it be” Tunde added

My husband has girlfriends, but he respects me – Olori Sekinat Elegushi