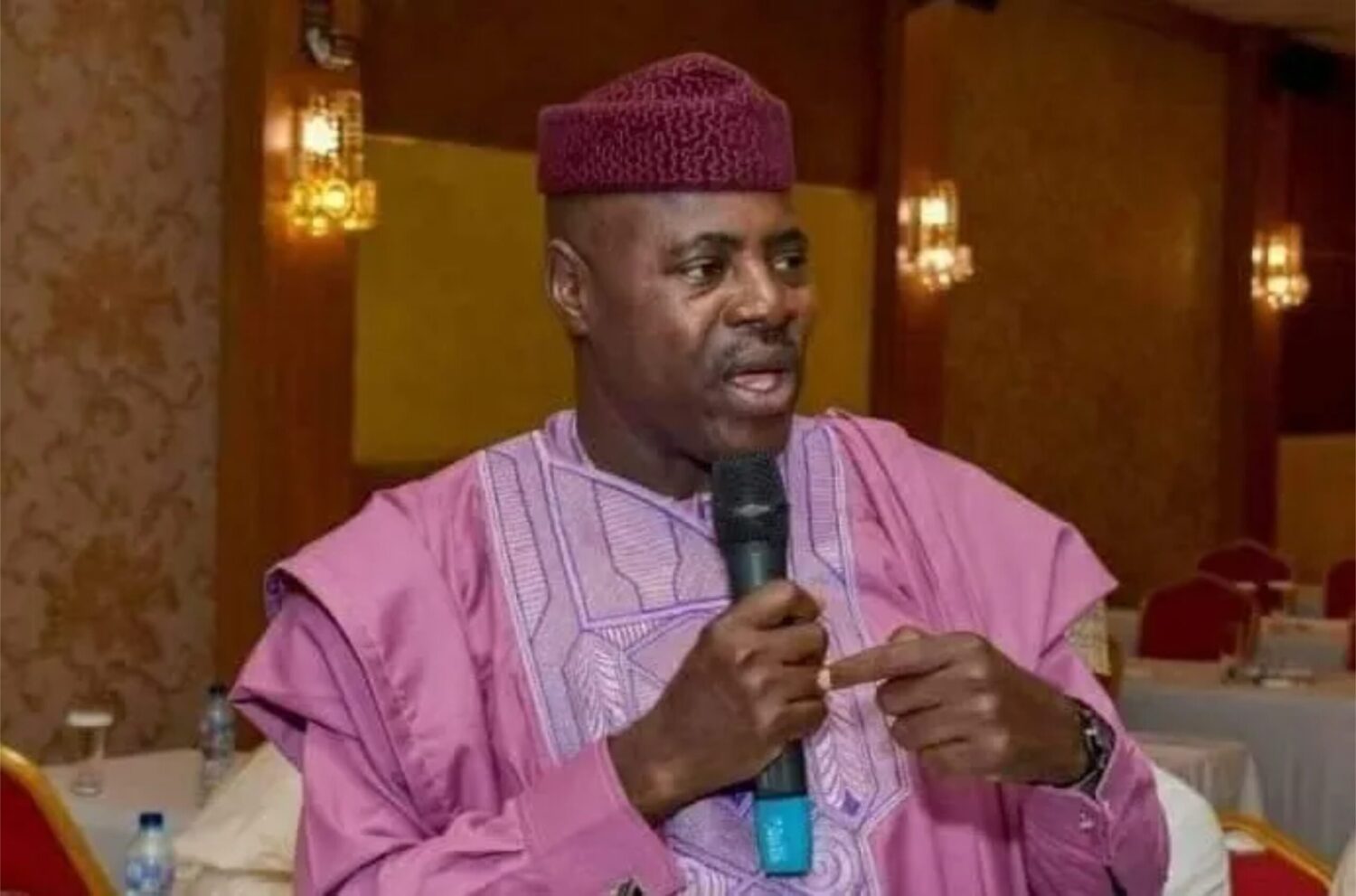 Gboyega Aribisogan, who was impeached on Monday as Speaker of Ekiti State House of Assembly, says his removal is illegal.

Mr Aribisogan was impeached by 17 of the 25 members of the House just six days after his election to the position. But he says the action of the lawmakers is illegal and so he remains the Speaker.

He was elected the Speaker last Tuesday to replace Funminiyi Afuye who had died suddenly last month. But his emergence was against the wish of the leadership of the ruling All Progressives Congress (APC) in the state.

The party had endorsed Olubunmi Adelugba for the position and she eventually took it on Monday following the impeachment of Mr Aribisogan.

The election of Mr Aribisogan had precipitated a crisis that led to the police shutting down the assembly complex over fears of attacks on members of the house.

It was gathered that the 17 members who removed Mr Aribisogan had converged between 6.30 a.m. and 9.30 a.m. at the assembly complex under tight security to execute the impeachment.

Mr Aribisogan condemned the manner in which his impeachment was carried out, saying he would seek judicial intervention “to save democracy from total collapse.”

Mr Aribisogan and six other members loyal to him were also suspended indefinitely by their colleagues on Monday, for allegedly sabotaging the passage of the 2022 appropriation supplementary bill.

But Mr Aribisogan said the suspension is also illegal.

“In view of the foregoing, we hereby call on the Government and people of Ekiti State and all constituted authorities to note that Rt. Hon. Olugboyega Aribisogan remains the Speaker of the Ekiti State House of Assembly, ” he said.

“While we urge Ekiti people to be watchful, they should remain calm in the face of the gross subversion of democratic principles which took place in the House of Assembly today. We remain confident that justice and the rule of law will prevail.

“The general public must note that Order II, Rule 9 of the House Rules clearly prescribed that before the Speaker can be removed from office, he must be served with a formal notice of allegations and given a period of 72 hours to respond,” he said.

“The Rules further state that such response will be reviewed by an Adhoc Committee set up by the House for that purpose before a vote on impeachment of the Speaker can be taken on the floor of the House.

“The unlawful assembly of today was so steeped in illegality that the disgruntled members did not care to pretend to comply with these Rules in carrying out the purported impeachment of the Speaker.

“It should also be noted that the members present at the unlawful assembly did not meet the statutory number of seventeen which the House Rules state can impeach a Speaker. If the disgruntled members dispute this fact, they should provide the video recordings of today’s sham proceedings.”

Mr Aribisogan also condemned what he described as “illegal invasion of the House of Assembly Chambers by seven disgruntled members at the unparliamentary hour of 6.00 a.m., to carry out impeachment against him.

He said it was a brazen display of naked power and gross abuse of office for the lawmakers to have held a sitting under a stringent cover by the police to carry out impeachment against him, saying such would not stand in the face of the law.

“Ekiti people are aware that the House of Assembly adjourned sitting sine die after the election of Rt. Hon. Aribisogan as Speaker on 15th November, 2022. Our people are also aware that a detachment of armed policemen took over the premises of the Assembly Complex since the early hours of Wednesday, 16th November thereby preventing the legislature from undertaking its constitutionally prescribed duties,” he stated.

“This morning, seven disgruntled members of the House were shepherded into the Assembly Chamber by the policemen for a session that can only be described as an unlawful gathering and definitely not a plenary sitting because, the gathering was not convened in accordance with Order V, Rule 18 (1) of the House Rules.

“In view of the fact that the presence of the members in the Chamber was in contradiction of the House Rules, the purported impeachment of Mr. Speaker and suspension of seven members is illegal, ultra vires, null and void and of no effect.

“The actions are not legally sustainable and would definitely be quashed by a court of competent jurisdiction.”

The APC in Ekiti State had earlier denied involvement in the crisis in the House, saying it was an internal matter within the party.

Segun Dipe, the spokesperson of the party, had earlier informed PREMIUM TIMES that the party had no hand in what was going on in the assembly.

But the Chief Press Secretary to the Governor, Yinka Oyebode, said on Monday that the issues chiefly involved the party, and that former governor Kayode Fayemi should not be singled out for blame on it.