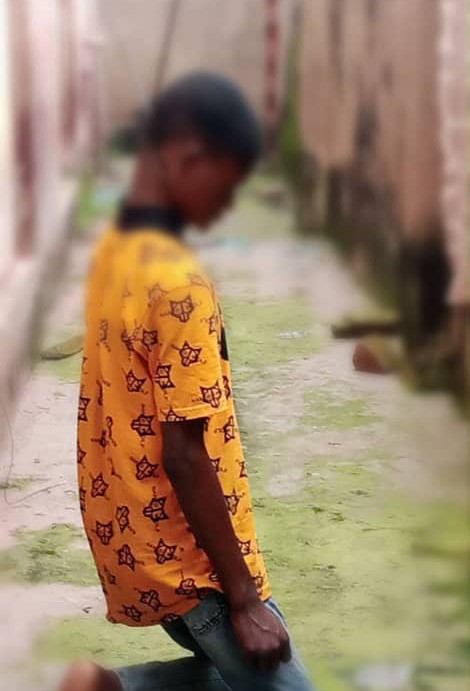 Mrs Elemese Olubunmi, the mother of a 19-year-old student of Ipetu-Ijesa College of Technology in Osun State, Tomiwa Olonade who was found dead on a noose has claimed her son couldn’t have committed suicide and revealed that the teenager might had been murdered.

InsightMedia had reported that Olonade was last weekend found dead at the backyard of his mother’s rented apartment in Isokun are of Ilesa. A rope was found around his neck while he knelt down.

Reacting to the tragic demise of her son in a message she posted on her verified social media handle, the deceased’s mother, Elemese Olubunmi, said her son’s purported suicide was stage managed and wondered why the boy would have killed himself without any reason.

She called on security agencies to dig beyond the surface so as to unravel the circumstances surrounding his death.

According to her, “with heavy heart and extreme pains, I am writing this (message) to set the record straight and to also cry to Nigerians to come to my aid, especially the Nigeria Police. How will Tomiwa commit suicide? I have been raising the two of them (her two children) alone since when he (Tomiwa) was 5-years-old, and I decided not to get married again so that I can take care of them properly. I am not a lazy woman. I work every day; ply Ibadan to Ilesa many times in a week as a trader and God has been helping me to provide for their needs.”

Olubunmi described her deceased son as a brilliant and easy-going boy who did not love keeping friends.

”He (Tomiwa) likes indoor browsing more than keeping friends. He was not lacking in schools. He was not hungry. I sent pocket money to him a day to his death and he told me that he wanted to come home and pick his laptop computer preparatory to his exams which are scheduled to commence on 22nd of September, but I was in a 3-day programme (when Tomiwa arrived home from school). So, I told him to come on Saturday, so I can have time for him. We both agreed that when I get to Ikire, he too will leave Ipetu around 2pm, so, we will meet at the same time in Ilesa. But, to my surprise, he got home before me,” Olubunmi said.

She further said Tomiwa did not lack anything on campus as her elder sister with whom he often spent his holidays, always, supported him financially.

”My elder sister paid (his school fees) for him with ease. He spent most of his holidays with her in Ondo. My dad also gave him whatever he needed, so also my other siblings. Why will he commit suicide?” Olubunmi asked rhetorically.

The mother also wrote that his deceased son neither dropped any suicide note, nor gave any warning or sent distress messages before his demise, adding that: “he (Tomiwa) had not even entered the apartment. He had the spare key. Why would he hang outside our room and leave his bags and shoes outside? If he has any reasons to commit suicide, why didn’t he do it in school? There are lots of trees around his school and hostel that he could have used. He was on kneeling position, begging the killer with tears rolling down his cheeks, mouth foaming, the throat was strangled and he was not dangling.

”No table, no suspender. Why would he choose backyard window when he has fans and table he could use inside? How can Nitel rope kill someone? The distance of the window to the floor is not enough to hang him with his height. They now tied rope on window and around his neck as if he committed suicide.”

She asked the police to unravel who allegedly erased all Tomiwa’s call logs and sms messages on his phone.

“He came home by himself joyfully, greeted everyone usually like he used to do. We live in a house where more than 20 people come daily. it’s amazing how he was killed with no one’s knowledge. Even if he committed suicide, he must have cried and screamed at the last point of his death, so painful no one came to his rescue. Could it be that he was trailed from school? If yes, how did they escape in such environment.

“He never complained about his school to me, except for the time he insisted he wanted to live alone, I rushed down to his school and spent time to get him his personal accommodation, and at point of making payment, he told me not to worry about it again as he decided to squat with his friends,” she explained.

The Police Public Relations Officer of the state command, Yemisi Opalola, had said investigation had commenced on the matter. (Culled from City Mirrow report)