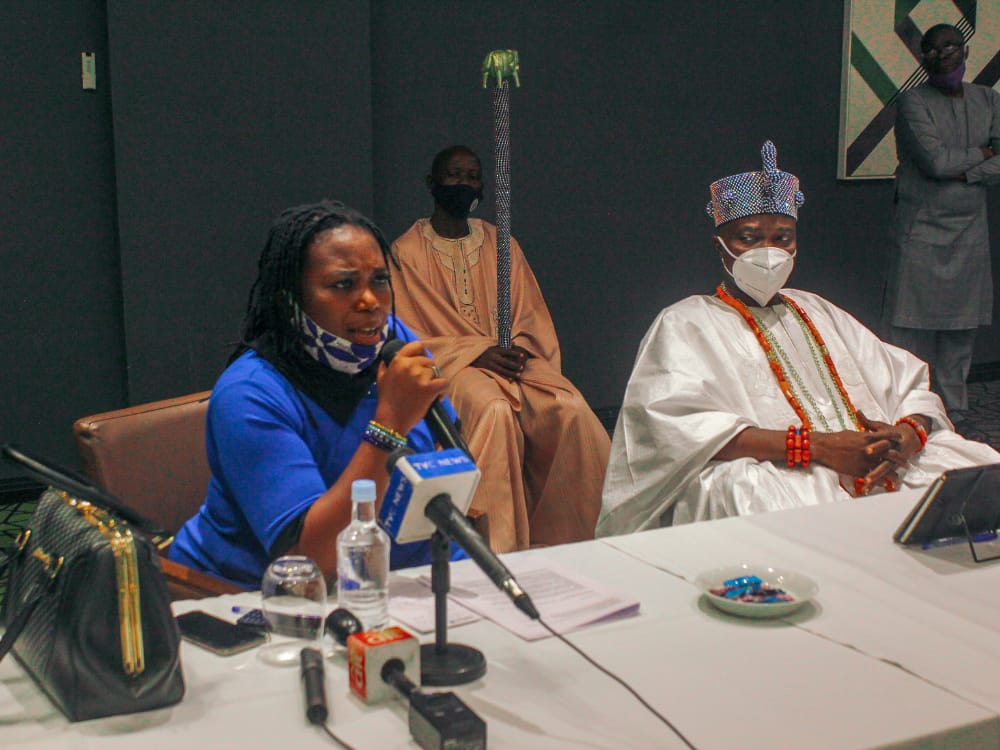 In a bid to find lasting solution to the insurgency of Boko Haram and other security threats in the country, the Olowu of Kuta, His Royal Majesty, Oba Adekunle Makama Oyelude, Tegbosun 3, and coalition of civil society organizations have advocated for synergy among the security agencies .

Olowu, who address the media shortly after an interface with the coalition of civil society organizations in Lagos on Monday in commemoration with the 2020 Nigerian Army’s Day Celebration, said there’s need for synergy and intelligence sharing among the security agencies in order to always nip in the bud any form of crisis that will result to national upheaval.

Reading the 10 points communique after the meeting, the monarch maintained that there’s always need for confidence building between the army and the civil populace in order to flush out miscreants and other undesirable elements from our community.

He, however, stressed the need for effective and efficient communications by the army hierarchy.

Olowu explained that the civil society and army relationship should be strengthened, adding that there is need for the group and Nigerian Army to work together for perception management.

Other recommendations “are professionalism of the army, increased budget allocation, discipline and ethics should be strictly adhered to in order to serve as deterrent to ‘bad eggs’ and fifth columnists and making recruitment process open and transparent in order to attract the best that the country can offer from time to time amongst other”.

“We wish the Nigeria Army a successful army day celebration and congratulate the chief of Army staff LT General Tukur Yusuf Buratai on the milestone Achievements so far.”

The Communique at the end of interface between Kabiyesi Olowu Kuta and coalition of civil society organizations on 5th July 2020, with the theme: “ Understanding The Nigerian Security Architecture, Nigerian Army’s Perspective” to celebrate the Nigerian Army Day and proffer solutions to bring about rebranding the army.

His Royal Majesty, Olowu Kuta, Oba Adekunle Oyelude Makama, Tegbosun 3, who convened the meeting declared it opened with an overview of the military and problems bedeviling it. He talks about inadequate personnel, inter agency rivalry, lack of synergy among the security agencies, improved welfare of officers and men and increased budget. At the end of the deliberations, it was resolved that the following points should be adopted as a panacea to rebranding the army:

1. That there should be conscious efforts towards rebranding the army

2. Improved professionalism, that is, the army must be allowed to face its primary assignment of defending the territorial integrity of the country squarely

3. Effective and efficient communication , propaganda should be believable and credible when deployed

4. Confidence building/community relations among the populace so that the civil populace will see the Army as partner in progress and not the ‘aggressor/oppressor’ and an army of occupation

7. Recruitment system should be more open and transparent. It must be on merit as opposed to quota system

8. Engaging the CSOs for perception management
9. There should be synergy among the security agencies

10. Discipline/ Ethics should be adhered strictly to in order to serve as a deterrent to bad eggs or fifth columnist. I thank you for your attention.