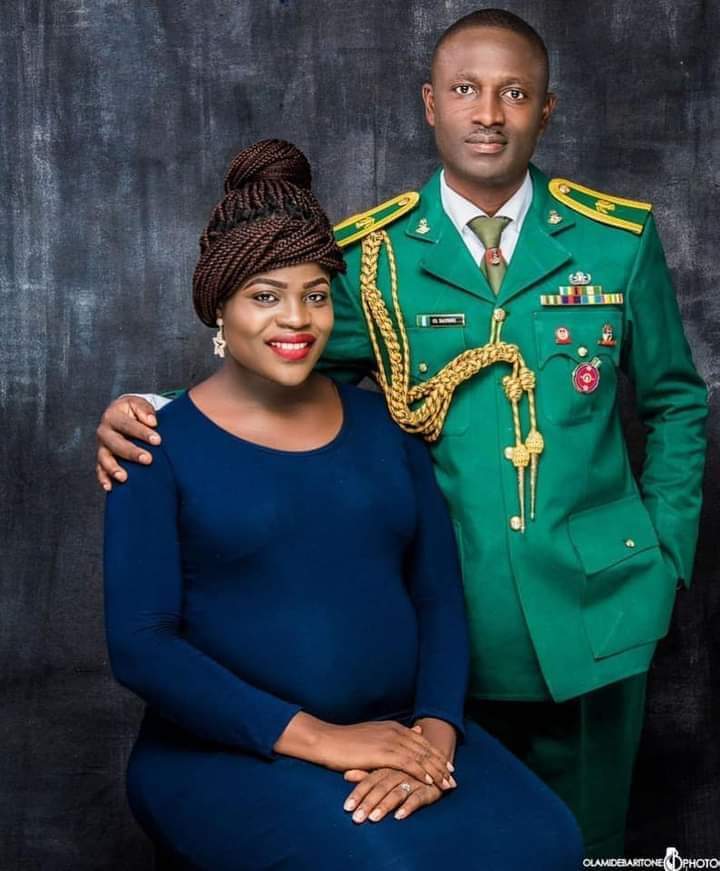 An officer of the Nigerian Army identified as Major Datong who was abducted in the early hours of Tuesday by armed bandits at the Nigerian Defence Academy, NDA, Kaduna has been found dead.

The major was kidnapped during a raid at the Nigerian Defence Academy, Kaduna, leaving two persons dead and one kidnapped.

The NDA has identified those who were killed during the raid as Lieutenant Commander Wulah and Flight Lieutenant Okoronkwo, while Major Datong was declare missing.

Datong’s wedding picture has gone viral online with many Nigerians expressing sadness over the development.