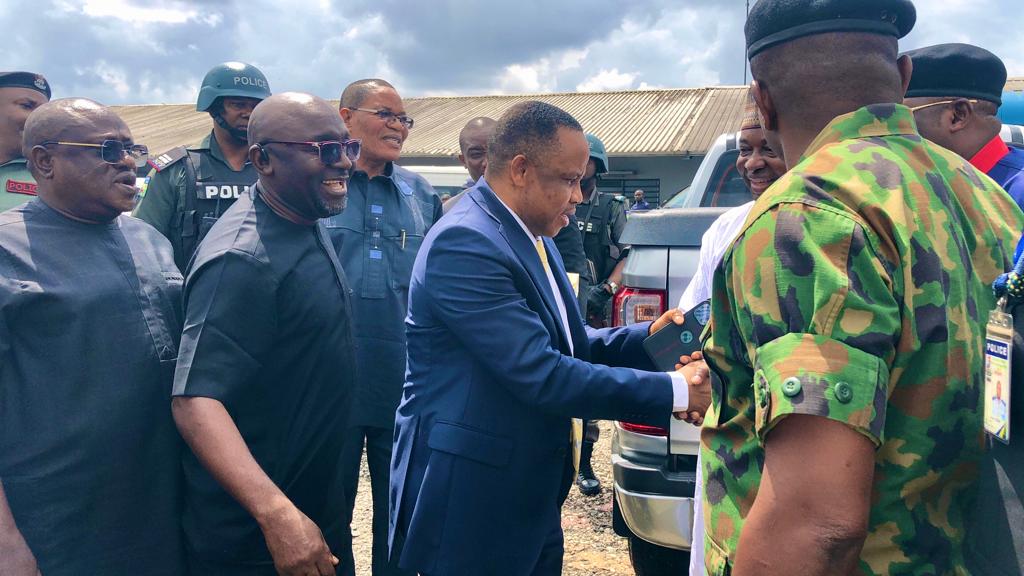 Niger Delta Development Commission, NDDC, has handed over 33 security vehicles to agencies which worked with the Commission during the field forensic audit in order boost the security architecture of the Niger Delta region.

Speaking at the handover in Port Harcourt on Thursday, Interim Administrator of NDDC, Dr Efiong Akwa, stated that “these agencies worked with the Commission in the just concluded forensic audit to guarantee the safety and conclusion of the field forensic audit. This was to ensure the verification of projects executed by the contractors of the Niger Delta Development Commission.”

Dr. Akwa stated that President Muhammadu Buhari had directed that security vehicles be purchased for use by security agencies on the Joint Security Committee during the forensic audit exercise, noting that it was important to hand over the vehicles to the agencies to aid their work of securing the region, as well as the lives and property of the people.

He stated that the vehicles will help in improving the operations of the agencies and assured that all security agencies will continue to work to serve the region better.