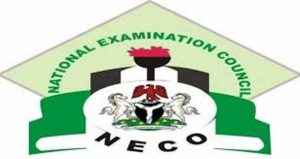 Mr Wemi Jones, the Commissioner for Education, Science and Technology in Kogi, gave the warning while speaking to newsmen shortly after monitoring the ongoing National Examination Council (NE examinations in Lokoja on Monday.

He cautioned students taking the examination against indulging in any form of examination malpractice, saying, “we have zero tolerance to academic laziness”

According to him, the Kogi State Education Law 2020, seriously frowns at examination malpractices of any kind.

“Examination malpractice in any form is a crime, we shall not condone it, perpetrators and accomplices are infringing on our laws.

“We are not going to allow anybody to mess up our education system,” he said.

The commissioner said that officers from relevant monitoring groups in the state would be on ground to ensure proper conduct of the examination.

“So far, I am satisfied with the conduct of the examination, in all the schools we visited, students were seen maintaining the required standards,” he said.

He said that the sitting arrangement for the examination took cognizance of COVID-19 prevention protocols.

“We are prepared to ensure that the right thing is done. We aware of the state government’s position on examination malpractices,” he said.

The schools visited by the commissioner during the exercise included, Crowther Memorial College, Bishop Delisle College and Government Day Secondary School, Lokoja among others.