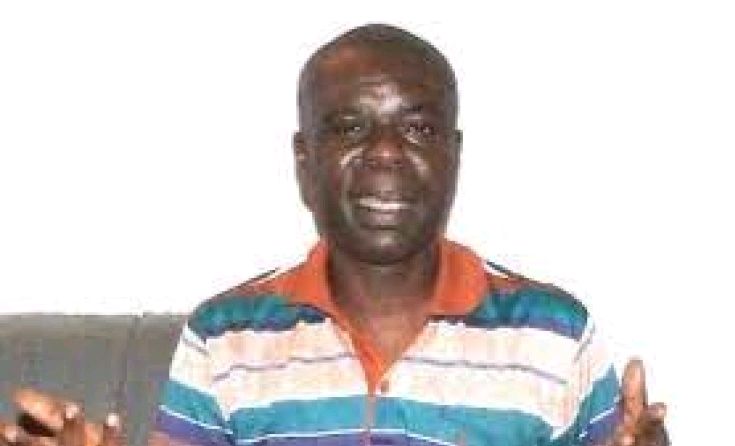 The Professional Footballers Association of Nigeria (PFAN) Task Force says the Nigeria Football Federation (NFF) should not engage in the act of defying a court order regarding its upcoming elections.

Harrison Jalla, Chairman of PFAN Taskforce, told newsmen on Friday in Abuja that all those in the NFF defying court orders would face the consequences of their actions.

The News Agency of Nigeria (NAN) reports that the NFF Electoral Committee had fixed Sept. 30 for the Federation’s elective congress in Benin and proceeded to release a schedule of events.

But an order of a Federal High Court Abuja order on Sept. 15 has since put the NFF Elections on hold.

Justice Inyang Ekwo, ruling on an ex-parte motion, ordered the Youth and Sports Development Minister and the NFF President, or any person acting on their instruction, to maintain the status quo.

This he said would be pending the hearing and determination of the motion on notice for interlocutory injunction.

“The attention of PFAN Task Force has been drawn to publications in the media space on the threat by the NFF and its Electoral Committee to defy the Sept. 15 court order.

“In the light of this, the PFAN Task Force has taken appropriate steps and has duly informed all relevant agencies of government that there is a threat to cause a breach of the peace by defying the court order,” Jalla said.

He disclosed that PFAN Task Force was exploring all possibilities within the ambit of the law to ensure those already defying the court order would face the consequences of their actions.

Jalla said it was worrisome that NFF has continued to violate and breach court orders.

“This is in spite of President Muhammadu Buhari’s advice that they (NFF) go back as a body to amend the statutes, expand it and accommodate those who have been disenfranchised.

“As we speak, they are already breaching the orders of court because we see correspondences after the court order, and campaigns for elections are still going on.

“So, we are taking the appropriate steps to ensure that those who do this don’t go scot-free.”

He said PFAN Task Force did not need government to do the job of ensuring a stop is put to the act of defying court orders.

“We have all it takes within the ambit of the law to ensure that the election does not hold,” Jalla stated.

He noted that the court order to halt the elections was a result of a consistent and deliberate acts of breaching court orders by the NFF since 2021.

“Every Nigerian is a citizen of the country, and the threat by NFF to defy the court order is unacceptable as nobody is above the law.

“At the last hearing date in June, the court gave us Oct. 31 to come back.

“We asked for an interlocutory order because we anticipated that an election would hold.

“They (NFF) said they are not going to do any election because there was no cause for that action and the court agreed with them as there was no electoral committee in place at the time.”

The PFAN Task Force Chairman added that the judge thereafter stood down the order and gave all involved parties an Oct. 31 date to return to court.

“In between that period, they set up an electoral committee and started selling nomination forms. There is no court that will accept that anywhere in the world and that was how this fresh order came about.

“So, when the court order was issued, it was because they were already violating the process in court. This has really nothing to do with stopping the election.

“If any other group is now telling us that they are not bound by that order of court, then we will take it from there,” he said.

Also, Victor Baribote, the PFAN spokesman, said it was very clear the Nigeria football governing body was not in order.

“In the last eight years, there has been nothing to show for all what the Federal Government did in terms of supporting the NFF with massive funding.

“Also, all the funds FIFA brought in and all the funds that were realised from the private sector cannot be seen in what is on ground.

“We are all aware of the activities which have been going on within the football circle of late.

“This is why on June 26 in 2021 PFAN set up a task force in its wisdom, to look at issues on how we can advance our football.

“We are all aware and are witnesses to the fact we have been recycling old hands in the NFF.

“On the strength of that, the task force wrote a letter to the NFF last year in line with Article 29, requesting for an amendment of the Statutes to include every stakeholder.

“But to cut the long story short, the NFF has blatantly refused to do anything about it,” he claimed.

The former Nigeria Premier League (NPL) Chairman said the position of PFAN was that election was not important at the moment, and that “fixing” the nation’s football was the top priority.

He noted that Nigeria had all it takes for its football to become the biggest employer of labour in the country, if the right things were done.

“It is not about election because the election we are talking about is the same one that will reproduce the same people who brought us to where we are today, and that is unacceptable.

“So, we are ready to answer any name to make football work again in this country. We are not going to let it go. The President (Muhammadu Buhari) himself has said it is a national asset that should be guarded jealously.

“So, our position is that we have to sit down as a group, fix the game, include those who are supposed to be part of it and we take it from there.

“If that is not done, then if it is FIFA or the Federal Government that wants to intervene in this process, it is left for them to come and do what is necessary,” Baribote said. (NAN)