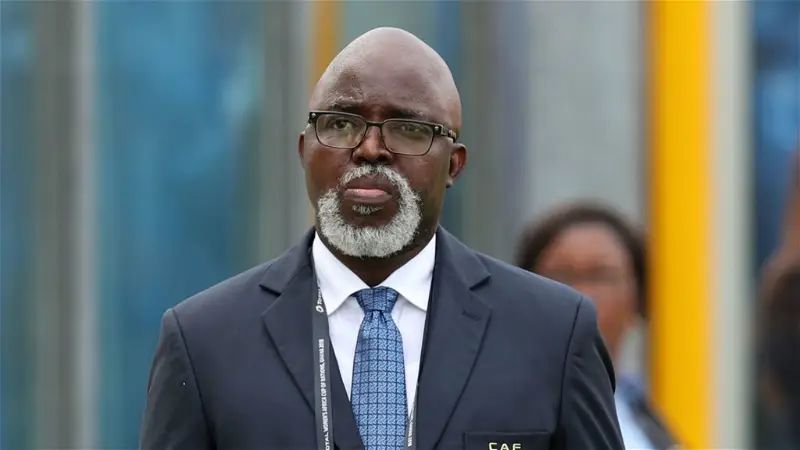 The Nigeria Football Federation, NFF, will have a new president on September 30 after Amaju Pinnick, the current president, announced his decision not to run for re-election at the Annual General Assembly on Thursday.

Pinnick had said during an interview with Arise TV in April that he would not be seeking a return to the office because the job has taken a toll on his relationship with his family. At the time, Nigeria had just failed to qualify for the World Cup in Qatar and there were increased calls for him to step aside.

The Delta-born football administrator informed the NFF 44-man congress during the General Assembly held on Thursday that he will not contest the September election.

“As I stand before you today, I want to thank the Congress for what they have done for Nigeria football in the last 8 years. I want to leave the Congress as one unit the way it was handed to me in 2014.

“I want to say it here that I am not going to contest for the NFF President again.”

The Congress of the Nigeria Football Federation (NFF) also fixed September 30 for the election into the board of the football house after rejecting a proposed Ocotber 20 date.

The tenure of the present board which is supposed to end on September 20 has thus been extended to September 30 when the electoral congress will hold in a venue to be decided later.

Edo State is expected to host the election congress.