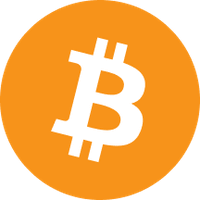 Nayib Bukele, president of El Salvador, has announced a meeting of 44 countries to discuss Bitcoin and several topics.

The meeting will take place in El Salvador today.

The president announced this in a series of tweets via his official Twitter handle on Sunday night.

El Salvador, a country in South America, was the first to adopt Bitcoin as legal tender.

The Central African Republic recently became the first country in Africa and second in the world to make Bitcoin an official currency alongside its local currency.

Bukele said delegates from 44 countries, consisting of 32 central banks and 12 financial authorities, would meet in El Salvador to talk about financial inclusion, digital economy, banking the unbanked and the country’s Bitcoin adoption.

Tomorrow, 32 central banks and 12 financial authorities (44 countries) will meet in El Salvador to discuss financial inclusion, digital economy, banking the unbanked, the #Bitcoin rollout and its benefits in our country,” the tweet reads in part.

Most of the central bankers for the meeting will come from Africa, South America, and South Asia.

The Central Bank of Nigeria (CBN) had consistently warned against trading in crypto and issued a directive to banks to close accounts of persons or entities involved in cryptocurrency transactions.

In 2021, the apex bank issued over N1.3 billion as fines to banks over alleged non-compliance with its regulation on cryptocurrency accounts