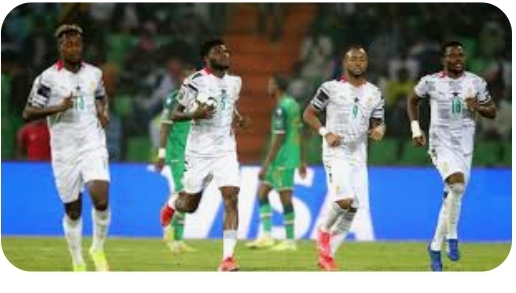 The Ghanaian coach says Super Eagles were stubborn but they eventually surrendered.

The Black Galaxies of Ghana recorded a 2-0 victory against the Super Eagles of Nigeria in the first leg of the African Nations Championship (CHAN) final qualifying round fixture played on Sunday, August 28, 2022.

Goals from Daniel Afriyie Barnieh and Suraj Seidu in the second half gave the Black Galaxies a comfortable win at the Cape Coast Stadium in Accra.

Black Galaxies of Ghana coach Annor Walker has explained that the game against Nigeria was not easy.

Ahead of the second leg, Walker explained that the Black Galaxies had proper preparation which was key to their victory against Nigeria.

According to ghanasoccernet He said, “In actual fact, it was a difficult game, especially in the first half because the Nigerians didn’t allow us to play the way we wanted.

“So, after the first half, we talked to the players to change their mentality and play aggressively like how Nigeria did in the first half. After the break, I think the players changed their mindset, and that paid off for us.

“In all, I will say it was a difficult game but all the same God has seen us through. We have struggled in the first half in our last two games (Qatar and Nigeria) but against Benin, it wasn’t like that because we had the chance to score two early goals in the first half.

“Against Qatar, we struggled a bit until the second half because they scored two goals which disrupted us.

“Nigeria too made it difficult for us in the first half and it is good that we have noticed our shortfalls, going forward we will change the narrative.”

After a first-leg defeat, the Super Eagles still have a chance to qualify for the 2023 CHAN in Algeria.

The return leg is scheduled to take place at the 60,000-capacity MKO Abiola Stadium in Abuja on Saturday, September 2022.

View all posts by Lateefat Oyedele →