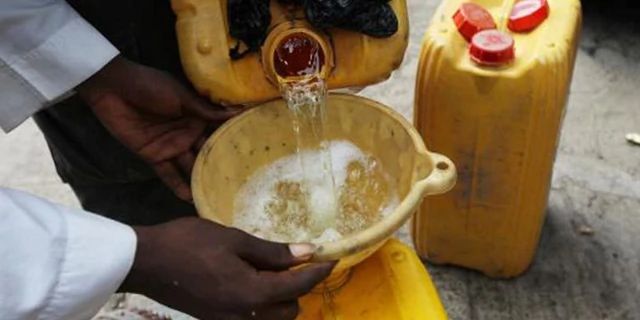 Nigeria is currently going through a difficult period, as the price of kerosene, which is regularly used by many homes, has risen to more than N800 per litre.

This comes despite an increase in the price of petrol and gas, which Nigerians are still adjusting to.

Kerosene, unlike petrol, which now sells for between N169 and N230 a litre, is a deregulated product, which means that prices are controlled by market forces.

A litre of cooking kerosene, which sold for N700 last week, now sells for between N800 and N850 in various sections of Lagos State, according to a market survey conducted by The Punch on Tuesday, August 2, 2022.

The following are the reasons behind the price increase: The National Operations Controller of the Independent Petroleum Marketers Association of Nigeria, IPMAN, Mike Osatuyi, attributed the increase in the price of kerosene to the hike in the exchange rate, saying kerosene is a deregulated market and the price can go up and down.

“This is a free market.” It is also affected by the dollar-to-naira exchange rate and the international crude price. “Because cooking kerosene is deregulated, prices can rise and fall,” Osatuyi told The Punch.

In an interview with The Punch, the Executive Secretary of the Depot and Petroleum Products Marketers’ Association of Nigeria, DAPPMAN, Olufemi Adewole, blamed the rise in commodity prices on foreign exchange.

“Cooking kerosene is deregulated, therefore prices are determined by foreign currencies,” Adewole explained. A dollar is currently worth N700, up from N600 just a month ago, implying that costs will rise.

NBS Statistics: In July, the National Bureau of Statistics (NBS) reported in a study that the average price of kerosene (HHK) increased from N679.54 percent in May to N761.69 percent in June.