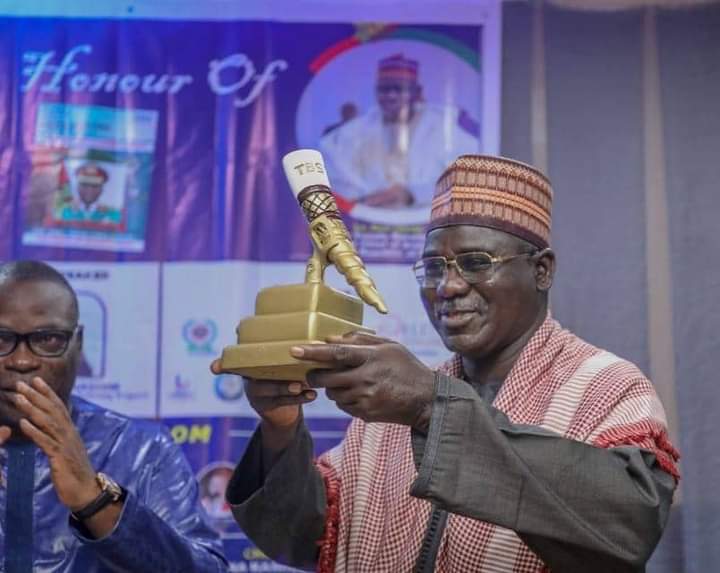 Former Chief of Arny Staff and Nigerian Ambassador to the Benin Republic, Lt Gen. Tukur Yusuf Buratai (rtd), has called for a collaborative efforts by Nigerians in fighting insecurity that has made itself a monster for the nation.

Buratai noted that there is nothing to be compared to peace as no meaningful development can be achieved in its absent.

He made this known while receiving an award as The Bearers of Security Torch during an event organized recently by the World Institute of Peace in Lagos State.

Amb. Buratai said peace denotes the absence of violent conflict and the reasons for the outbreak of conflicts range from territorial disputes and regional tensions, to corruption and dwindling resources due to climate change.

According to him, “Conflicts disrupt access to basic services like food and water, and force people into extreme poverty, with the poorest and the most vulnerable paying the highest price. In addition to taking lives and devastating infrastructure in the short term, conflict and its consequences are profound and enduring, reversing progress towards achieving the Global Goals.”

“I believe that we can go a step further as a society. Our approach to handling these issues needs to be improved. All of us need to identify our parts in ensuring peace.

“Therefore, I dedicate my life to defend Nigeria, Africa and the world as I wholeheartedly accept this honour as a global touch bearer of peace and a runner of global peace”

Speaking earlier, Ambassador (Dr) Lamina Omotoyosi, Executive Chairman, World Institute for Peace, stated that WIP deemed it fit to honour Lt Gen TY Buratai (rtd) based on his immense contributions to peace and security in Nigeria and beyond.

Also, His Royal Highness, Oba Adetokunboh Tejousho, Olu of Orile-Kemta, described Ambassador Buratai as a man of peace and a living legend. He lamented that we hardly celebrate icons like him in this part of the world.