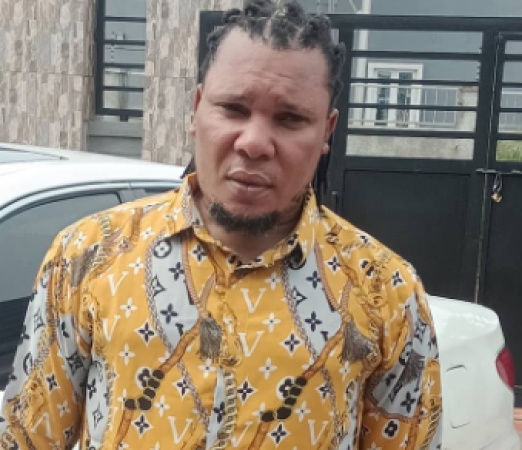 Fast-rising Nollywood actor, Prince Emma Buchi, has been reportedly murdered by an aide in his residence, Off Jesus Saves/DLA Road, after Ministry of Lands and Survey, Asaba, Delta state.

According to a WhatsApp message forwarded to News Express by one of his friends earlier today, Tuesday, July 12, 2022, late Buchi’s decomposing body was discovered the previous day by his neighbours when a foul smell oozed out of his window with flies gathered.

The message reads: “His name is Prince Emma Buchi. He was a Nollywood actor.

“He was killed by someone he was helping in his house, his body was discovered yesterday by his neighbours after they noticed a foul smell oozing out of his window and flies gathering there this day 11th of July 2022. We assumed he must have been murdered 7 days ago or thereabout.

“The guy killed him and went away with his property (his television, chairs etc).

“And he locked his dead body in the room.

“He wanted to go with his car, but I guess he couldn’t drive and so he left the car key in the car.

“Location: Off Jesus saves/DLA road (After Ministry of Lands and Survey, Asaba).

“The victim was a native of Abia State.

“Note: if you have the mobile number of the alleged Personal Assistant who is also the suspect that was last seen with him, kindly inbox us here or text or Whatsapp 08038785262.”