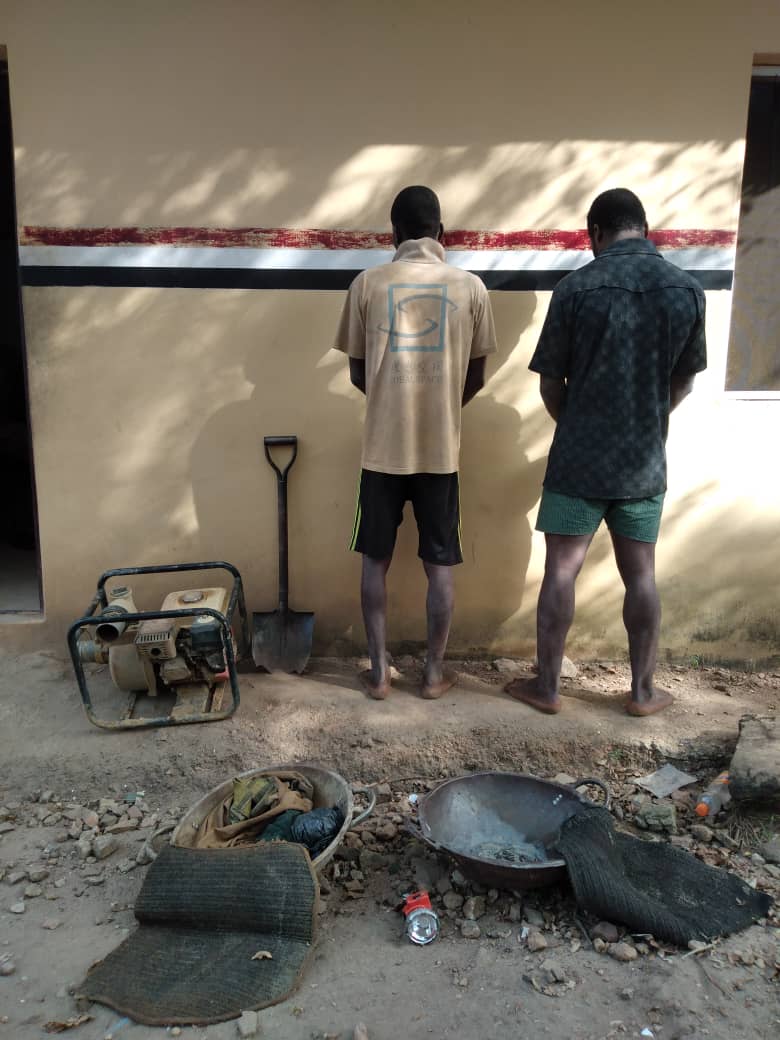 Operatives of the Nigerian Security and Civil Defence Corps, to crack down all illegal mining operators in the country, two persons have been arrested over illegal mining of gold in Osun State.

Public Relations Officer of the NSCDC in Osun State, Daniel Adigun in a statement on Tuesday said the two suspects, Ogunmokun Joshua and Amos Danjos were arrested on alleged conspiracy, illegal encroachment and illegal mining in the state.

Adigun said they were arrested on Sunday at Iperindo, Atakunmosa West local government area, while carrying out illegal mining.

From the extrajudicial statement of the suspects, they made a confessional statement to have been culpable of the offences levelled against them.

“State Commandant, Emmanuel Ocheja said  the suspects would definitely be charged to court at the expiration of investigations, adding that such acts will not be tolerated.