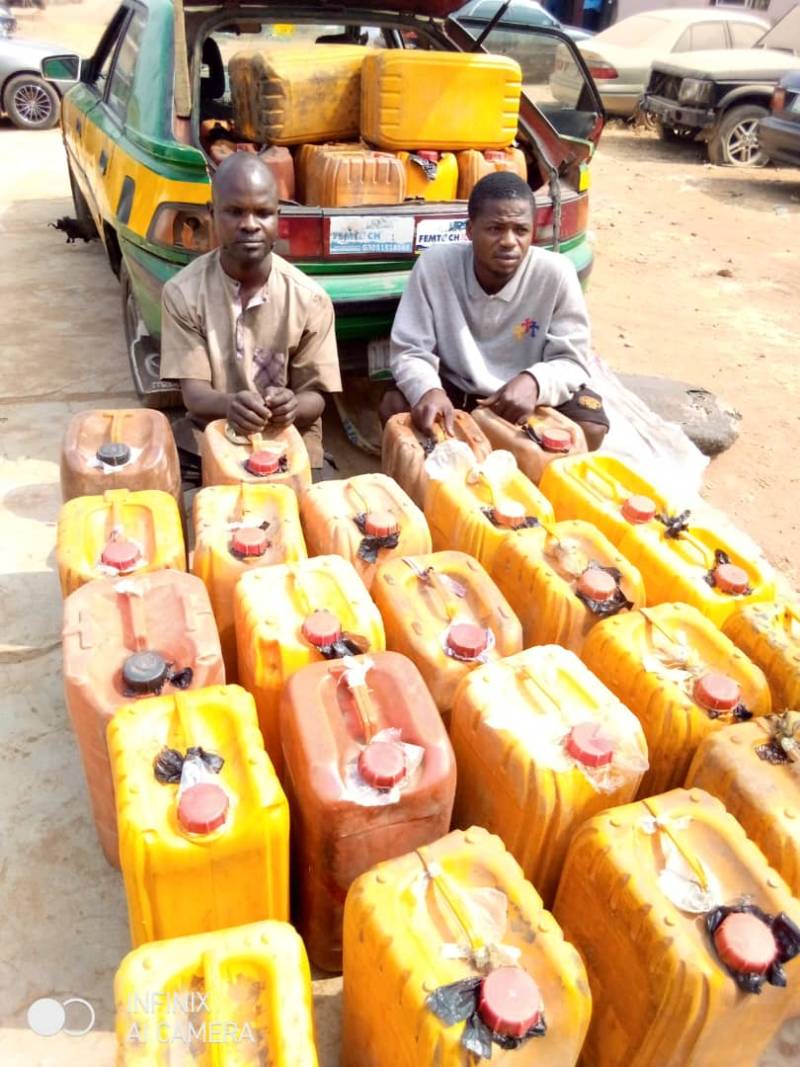 As premium motor spirit (petrol) scarcity bites hard across the nooks and crannies of Kwara state and Nigeria, causing very few vehicles to now be on the roads, the state command of the Nigeria Security and Civil Defence Corps, NSCDC said it has arrested two middle-aged men, Yunus Yusuf, 32 and Ismail Olamilekan 33, for allegedly engaging in the black market business of the product.

According to the spokesman of the Corps in the State Babawale Zaid Afolabi, the two suspects were arrested with more than 30 kegs of petrol which they apparently bought from neighbouring states and plan to sell at a high price to end-users in the state capital.

The statement of NSCDC spokesman reads,” As directed by the state commandant Makinde Iskil Ayinla, the anti-vandal unit of the NSCDC in the state led by the unit commander ACC Ayinde Yusuf continue with their operational activities in order to check any action or inaction that can worsen the current fuel scarcity situation.

“They were able to intercept a taxi cab at Eyenkorin area, which was loaded with 30 kegs of PMS.”

The statement explained further that the two suspects later confessed to being engaging in the black market business of the PMS adding that they went to Ogbomoso to buy the products which they will now be selling at exorbitant prices to desperate end-users in Ilorin.

Vanguard reliably gathered that majority of them have PMS in their dump and only sell at an awkward time to their customers who later sell to end users at Black Market rates.

Further findings revealed that, as has always been the case, many of the stakeholders who could have intervened are also involved in the illicit business, thereby making life unbearable for the residents.