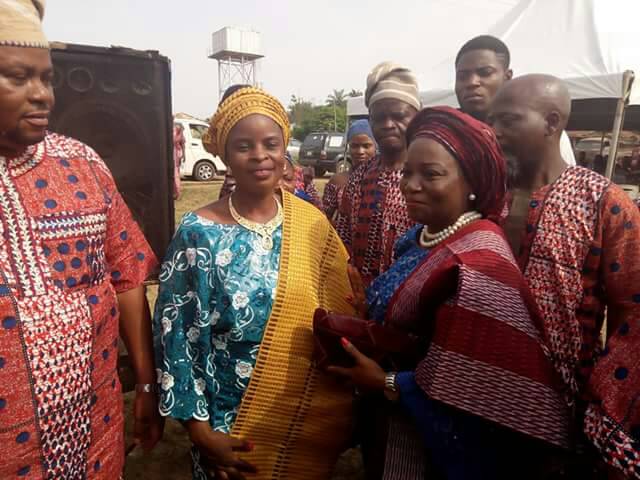 The ancient town of Oba-Oke in Olorunda Local Government area of Osun State today went agog as Benedict Olugboyega Alabi Movement identified with one of their own, Alhaja Iwinsumi who buried her mother in the town.

Atayese Benedict Alabi was ably represented by his wife, the charismatic and enigmatic Mrs Titilola Alabi became the cynosure of all eyes at the event with her accommodating gesture and uncommon dancing steps.

Friends, political associates and well-wishers of Alhaja Iwinsumi also rallied round the august visitor in the month of December as Mrs Titilola Alabi stepped forward to rock it with the celebrant with modern lyrics from a popular Islamic singer.

Earlier in the party, Mrs Alabi had described the mother of Alhaja Iwinsumi as a woman of valour and pious religious and community leader whose life will forever be a point of reference to upcoming women and ladies.

The BOA Movement used the medium to pray to Almighty Allah to forgive the deceased and grant her Aljanah Firdous.

Bonanza: Sell three plots of land and get one free in Lekki

What you need to know about OAK Court by EUC Homes