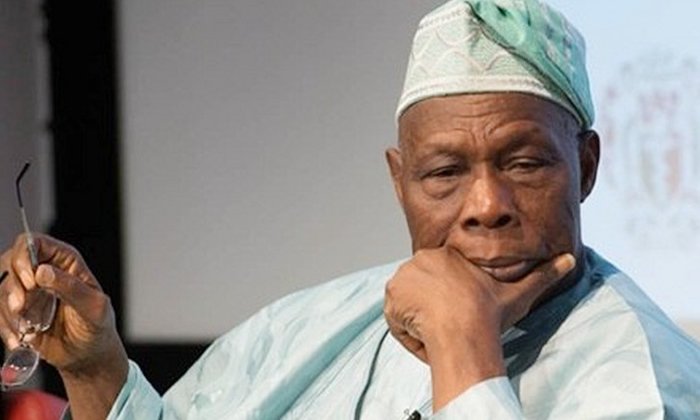 The increase in the price of diesel has taken an effect on former President Olusegun Obasanjo and his agric business.

Obasanjo lamented on the high cost of diesel, feeds and exchange rate crisis as they affect fish production in Nigeria.

According to Obasanjo, he said he has been sweating because of the high cost of diesel, saying this has been affecting his fish production.

Speaking at the Southwest fish farmers’ congress held Tuesday at the Olusegun Obasanjo Presidential Library (OOPL), the Balogun Owu complained that the hike in the cost of diesel, as well as the constant increase in prices of fish feeds, would kick fish farmers out of business.

To avoid this, Obasanjo said the only way is for them to come together to agree on sustainable prices that could be adopted to keep them in business.

According to him, farmers cannot be producing at the mercy of the buyers who would come around to buy the fish for whatever amount that suited them without considering the effect of the harsh economy on the production of fish.

He also maintained that with the current price of diesel at N800 per litre, the production of a kilogram of fish is N1,400; he said the farmers cannot sell such fish for less than N1,500 as anything short of that amounts to “outright loss.”

“The price of diesel has gone high because the management of this country is not what it should be. And it is as simple as that. Then, what will happen is that particularly those of us who have to use a bit of diesel in producing fish, we will completely go bankrupt, and when that happens, Nigerians will still have to eat fish.

“Fish production will be out of reach and then, people will be producing fish outside Nigeria and be dumping it here. And you will go jobless, poor and indigent. So, what do we have to do? To come together. We want to sustain fish production and we must be able to take care of those who are going to eat and those of us who are producing”, he said.

The President of South-West Fish Farmers Price Sustainability Group, Amo Tunbosun, disclosed that the country currently consumes around 3.6 million metric tonnes of fish annually but only produces 1.12 million tonnes leaving a balance of 2.6 million tonnes to be imported.

Amo explained that one of the major challenges confronting the fish farmers is the continued increase in the prices of inputs in the production of fish and majorly the feed and the refusal of the buyers to buy the fish at a commensurate price.