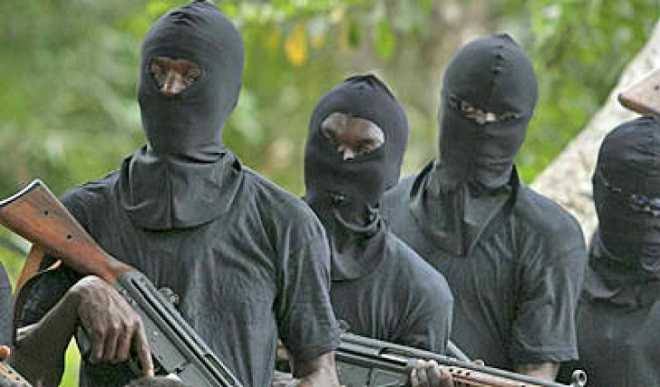 “He who kidnaps a man, whether he sells him or he is found in his possession, shall surely be put to death.” -Exodus 21:16

The rate of kidnapping in Nigeria has risen considerably in the last five years. No fewer than 1000 people are kidnapped on daily basis across the country, thus making kidnapping more or less a new “milking industry” for the perpetrators.

Despite the abrogation and high resistance by the laws of the land, especially as entrenched in the Criminal act(CAP 38, FN 2004) which established kidnapping as a serious offence and an act of felony, which attracts a punishment of ten years imprisonment. Isn’t it reasonable to desist from the act considering the gravity of the penalty? Rather reverse is the case for these unrepentant evil doers.

Without mincing words, i want to emphatically state that Lagos and its environs, especially the Lagos-Badagry expressway has become a fortress and the den of kidnappers. The highway is now fearful than it should be, to the extent that extra vigilance needs be embraced before vehicles are boarded towards this fearful axis. Not forgetting that the state of the road over the past few years has made it more vulnerable to attacks from criminal minded people, this is not helped by the general and erroneous statement that Badagry is not on the map of Lagos State.

So saddening as it may be, the road has gone so badly that during Ambode-led government, the residents of areas that ply the road announced their plans to stage peaceful protests to Alausa Ikeja, the seat of the Lagos government to express their grievances on the state of the road, extortion from the drivers of the buses plying this route, cases of kidnaps, among several others but it was stopped for reasons unknown.

Perhaps, it is in order not to expose some people that might be culpable in the administration then or because of the political undertone and influences. But does that stop the innumerable scenarios of people being stripped of their hard earn belongings and dropped by the roadside after the evils have been perpetrated on them? Worst still, some of the victims are even carted to the neighbouring countries where the culprits demand ransom from the victims’ families through an international line when kidnapped.

In all sincerity, Lagos-Badagry expressway is one of the routes that makes human trafficking or kidnapping easy due to how porous it is; the only security agent on patrol have always been the custom officials and they are not concerned about what is going out of the country but only what comes probably for selfish aggrandisement that can be made from smugglers with pardonable contraband goods. This may be the reason they don’t stay in the lane that leads out of Nigeria.

Just mid last year, my mother fell prey to evil kidnappers; she was returning from the Agbara market, though in Ogun State which shares boundary with Lagos State, and is mostly considered to be part of Lagos because of the proximity. It was on a Friday, she couldn’t wait further in the market to get some other things because she needs to catch up with the Jum’at prayer at home.

On getting to the bus stop where she will board, she came by a cab calling for passengers, with two men already seated inside it, in hastiness, she joined to complete the number of passengers and when the driver had moved a few kilometers away from where she boarded, the two men with ‘head warmer’ on their heads drew it to cover their faces which made her realise that the ‘head warmer’ already had holes made on them to match up their eyes and mouths to form a mask.

They brought out guns to scare my mother, threatened her to remain calm while the vehicle was still on motion and stripped her of every valuable including the money she had on her. Even when the thought of escaping crossed her heart, would she have done that in a fast moving vehicle? She cooperated like a kindergarten showed a cane to keep mum.

They even had time to even ask for her ATM card and the pin too, in fret, she summoned courage to tell them a wrong pin which she was forced to say repeatedly to authenticate her claim, they even threatened to drive her to the nearest banking hall for withdrawal with the threat that if it reads wrong pin, she would be killed at the spot, she didn’t kowtow rather played along that she has given them the right pin.

Without piety, one of them suggested that she be pushed on motion after their operation, she pleaded on hearing that and the other beckoned the driver to find somewhere to park so she could be dropped, the driver did and he zoomed off leaving my mother helpless in broad daylight.

For hours, my mother was fidgeting and bedraggled with variety of thoughts in her head, she managed to get home through a bike man she narrated her ordeal to, the tumultuous experience my mother had still frightens her whenever she sees anybody wearing the ‘head warmer’ for months.

That aside, about ten days ago come another unpleasant occurrence by this “never do gooders” this time to my sister, Oluwakemi Soyebo, a sales representative with Friestland Campina( The producer of Three Crowns milk and Peak milk) who works in Agbara was the victim.
According to her, she had boarded a bus from Agbara after the days work only for some men and women alike to start shouting cooperate in the bus she hasn’t even seated well, they brought out tablets from their pouches and forced them, the passengers to take it by opening their mouths and forcing them to swallow it at gunpoint.

That was all she could remember, she was stripped of her belongings including three phones and the sales money she got from her customers that day totaling about N521,000.

Scary, very scary what the route has become. We waited for her to come back home the second day after placing calls to her friend who dismisses seeing her too, this prompted my declaring her missing on my social media platforms and reported same to several media houses. Then I head to the police station with my sister’s boss to report the incidence so as to corroborate her search.

Immediately, I filed her name with the female police officer on duty, her response was really bemusing coupled with her uncontrollably manner of chewing gum, I was disgusted when she said “shebi your sister na 22years? No wori, she go come back home jare, na fuck she go fuck, find me something abeg.” She retorted. I wasn’t disappointed anyway because the rot in Nigeria police system is known to even the unborn child, but the statement, haba….

And to cap it all, i was receiving multitudinous calls from fraudsters claiming to know the whereabouts of my sister and demand for the urgent transfer of monies to their account numbers so that we can reunite with her anon. I already envisaged this, the main reason I didn’t accompany any of my parents’ numbers in the missing messages written on social media platforms.

After about three days of her being declared missing, she was dropped off by a cab whom eye witnesses reported zoomed off immediately. Nobody was interested in the cab that dropped her, the joy was that she came back home alive, this prompted the reason the cab moved away without disturbance. But she couldn’t speak for another two days; continually threw up and ceaselessly cried too.

Interestingly, she was confirmed to have drug substance in her system and also diagnosed of shock as a result of the incident.

The dangers on this highway have made people chickened out of coming to even pay their close relatives visit as life and livelihood might be on risk. This route has received little or no attention despite being a federal road which was awarded for repair with grant from ECOWAS. There isn’t any plausible progress to it, instead it is even getting worse daily.

Let the Lagos government be on trial! Those familiar with my trajectories will attest to the fact that I am not going this whole hog simply because I am family with these victims but because several other families have been affected and the sore might still remain in their hearts, if their own stories never go well as ours. Many have lost their love ones to the insecurity in this highway or because of its desolate state.

The Lagos State government should not play ostrich on this issue. Governor Sanwo-Olu should rather deploy security operatives to this route and its environs. He should also seize the bull by the horns on the repair of the roads or the quick facilitation by any agency involved. 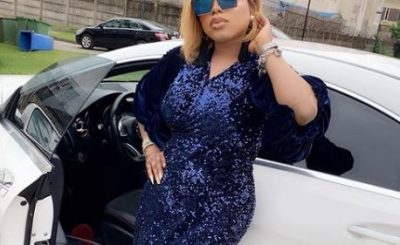