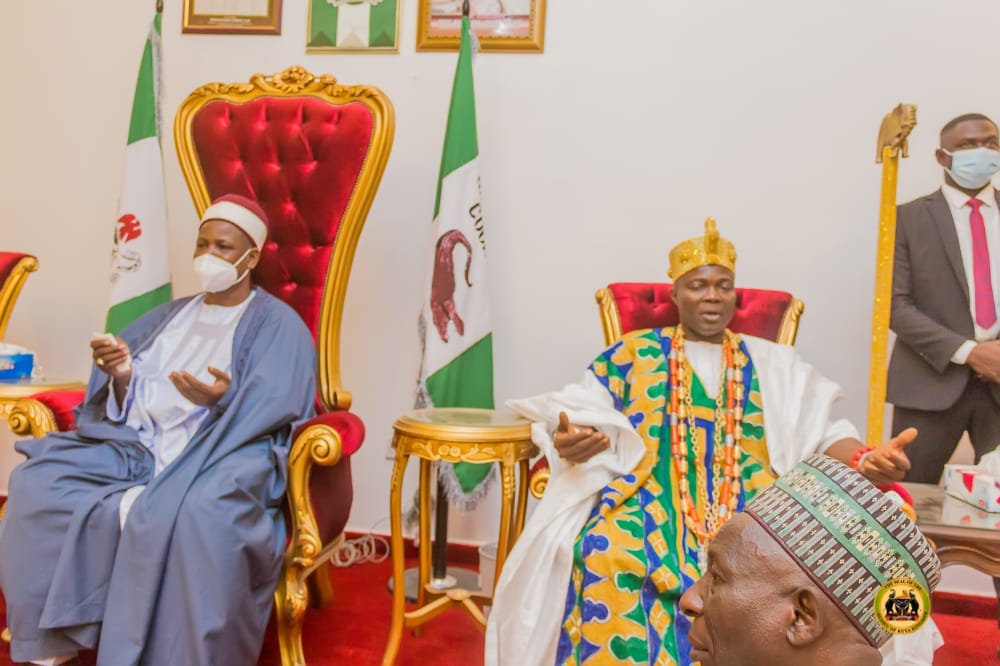 The visit of Olowu of Kuta in Osun State, Oba Hameed Adekunle Makama Oyelude, to Biu Kingdom in Borno State has been described as “symbolic and a pointer that not all hope has been lost in Nigeria’s search for peace and unity.”

The visit of Oba Oyelude was further described as “commendable” at the period when there were security challenges in some parts of the country, particularly the south-west region.

It was gathered that the Osun monarch, on Sunday, visited Borno State on the occasion of presentation of Staff of Office to the Emir of Biu.

Maiwada Dammallam stated, “The visit of the Chairman Supreme Council of Owu Obas and Chiefs, His Royal Majesty, the Olowu of Kuta, of Osun State, Oba Hameed Adekunle Makama Oyelude, to Biu Kingdom, on the occasion of presentation of Staff of Office to the Emir of Biu is quite symbolic and reassuring to Nigerians.

“Coming on the very day Fulanis in Oyo and other parts of Yoruba land were being attacked and killed, the visit couldn’t be more commendable.

“His Majesty’s visit is a pointer that not all hope is lost in Nigeria’s search for peace and unity. Beside proving the ongoing crisis in the Southwest as mere machinations of politicians.

“It’s also indicative of the huge success of the Chief of Army Staff, Gen. T. Y. Buratai in depoliticising the affairs of the military so successfully as to gain national confidence and respect that just at the moment, some hooligans are fanning the embers of hatred in the Southwest, a delegation of what could be said to be the entire royalty in Owu Kingdom were in Biu, led by the highly revered and respected Olowu of Kuta to honor the people of Biu, specifically the Chief of Army Staff, on the occasion of the presentation of staff of office to the new Emir of Biu,” he said. 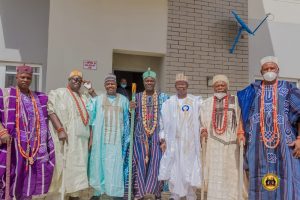 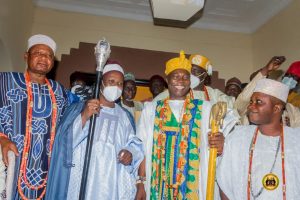 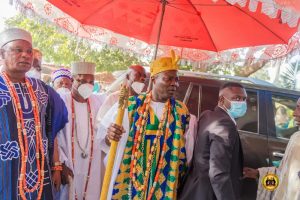 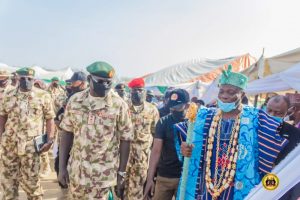 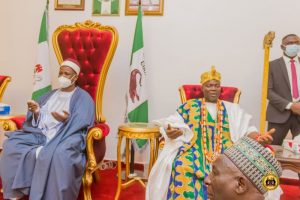 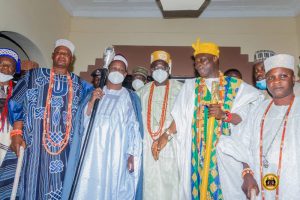 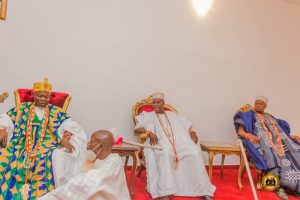 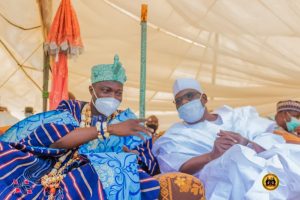 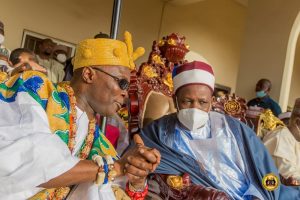 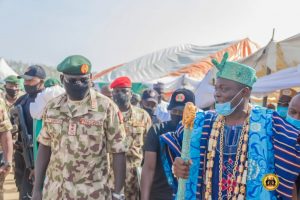