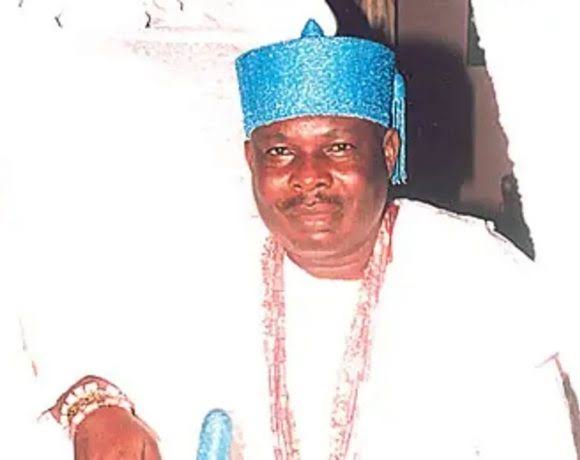 The Olaojo Ruling House of Ifon-Orolu Kingdom has stated that its right to the Olufon Stool is non-negotiable, stating that there is no going back in the adherence to the 1988 Chieftaincy Declaration to select the next Olufon of Ifon-Osun.

The family stated this on Tuesday while reacting to statements credited to the Oluyeyin Royal Family over the right of Odunolu to the stool of Olufon.

The statement signed by the head of Moronfolu and Olaojo Ruling House, Prince Suleiman Akinyooye and Prince Wahab Oyegbile, Head of Odunolu Royal Family, partly read, “we need to lament that it is the approach of the people in authorities regarding installation of new Olufon of Ifon that created impression as if there is disagreement among us.

“The Olaojo Ruling House, which comprises of Moronfolu and Odunolu Royal Families remains inseparable. We have been holding our joint meeting since time immemorial up till present. However, there is no authentic member of Olufon Royal Family will ever deny existence of the OLAOJO RULING HOUSE that is at par with ORISAFI RULING HOUSE.

“The position of the entire Olufon Royal Family was pronounced in the pending suit HOS/104/2020 that Odunolu-Oluronbi of Baloguns Compound, Ifon-Osun is not the same as Odunolu Royal Family of Olufon’s Compound Ifon-Osun. It should be noted that the referred litigation against the Olurombi Family of Baloguns Compound, Ifon was a unanimous decision by the entire Olufon Royal Family before the demise of late Oba Al-Maroof Adekunle Magbagbeola Olumoyero II. We enjoin the Orolu people to await court determination on same.
4. All the members of Olufon’s Royal Family, especially Moronfolu Royal Family knows ourselves and will NEVER brake existing biological bond between Odunolu and Moronfolu Families.

“We can never deny our dotted relationship with Olurombi family because of their inter-marriage with both Moronfolu and Odunolu Royal Families, which qualifies them as in-laws to Olufon Royal Family. Specifically, Prince Waheed Tanko Olanipekun of Moronfolu family got married with Fatimoh Memudu of Olurombi family; the same thing applies to Mr. Raifu Badiru that married Princess Mujirat Folasade Oyegbile (first daughter of Mogaji Odunolu). These are clear moral indication that confirmed ingenuity of royal affiliation of Olurombi family with any of the Olufon Royal Family!

The family appealed to Osun State Government to ensure the 1988 declaration is followed.

“We are appealing to the Osun State Government to do the right thing by correcting the administrative error and adopt 1988 Olufon Chieftaincy Declaration. We are sure that relying on such legal background will guarantee successful process. The installation of the new Olufon should be subjected to extant law and not manipulation.”