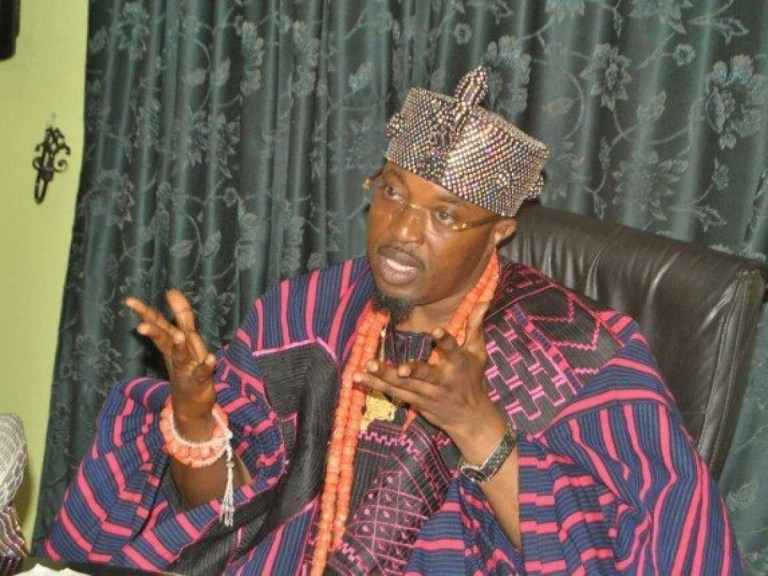 Oluwo described the bill as a turn over capable of restoring sanity into the traditional system. He said the system will protect individual’s right on throne as against barbaric fiat.

Oba Akanbi equally commended Ogun State House of Assembly and Paramount Rulers of the State such as the Awujale of Ijebuland, HRM Oba Oba Sikiru Adetona, Akarigbo of Remoland, HRM Oba Babatunde Adewale Ajayi, Olu of Ilaro, Olu of Ilaro/Paramount Ruler of Yewalanf, HRM Oba Kehinde Olugbenle and others whose influence birthed pure monarchy through initiation and subsequent follow up to ensure the new Obaship Law is passed.

He challenged other states to follow suite by facilitating similar Obaship Law, saying such will make traditional system attracted to all and sundry irrespective of religious affiliation.

He said the assent has proved again that Ogun State is the first civilized people of our race and they have manifested it again.

Among other things, the law provides for the preservation, protection and exercise by Traditional Rulers of their fundamental rights to be installed and buried according to their religions or beliefs and for other related matters.

Traditionalists had opposed the law and declared that it was an attempt to push cultural practice into extinction, but the Christian and the Muslim communities described the bill as “a welcome development.”

Signing the Bill on Monday in the presence of the State’s paramount rulers, the Olu of Ilaro and paramount ruler of Yewaland, Oba Kehinde Olugbenle; Akarigbo of Remoland and the Awujale and paramount ruler of Ijebuland, Oba Sikiru Adetona, who was the promoter of the Bill, Governor Abiodun said it was imperative to review the existing law as the State could not have laws that are antiquated and contravene the fundamental rights of individual traditional rulers and what State stand for.

A statement by Oluwo through his press secretary, Alli Ibraheem, reads “Traditional institution is like no other. It is the highest and most perennial of all earthly echelons. Subjecting such powerful force under the authority of an inferior secret group is barbaric. A turn over is here. Ogun State is a template for pure monarchy. This is the hope of entire Yoruba race not only traditional system”

“I commend the Governor of Ogun State, Dapo Abiodun, Ogun State House of Assembly, the Olu of Ilaro and paramount ruler of Yewaland, Oba Kehinde Olugbenle; Akarigbo of Remoland Babatunde Adéwálé Àjàyí and the Awujale, paramount ruler of Ijebuland, Oba Sikiru Adetona, for their contribution at ensuring the bill is riped”

“The bill will restore sanity and respect for monarchs’ rights into the Yoruba traditional institution. The Governor should be specially commended for rescuing Yoruba traditional council from extinction and subjugation to the authority of secret societies. Governor Dapo has just demonstrated real leadership, thank you for this, I celebrate you”

“Kings are the heads but disappointedly, cultism has subjected some kings to their dictates. And a Governor just signed a bill bringing Yoruba kingship to limelight. On behalf of those who trust in pure monarchy, I say thank you Governor Abiodun”

Oluwo enjoined other states to embrace the template of Ogun State, saying such will speak much on the spiritual limitations of Yorubaland.