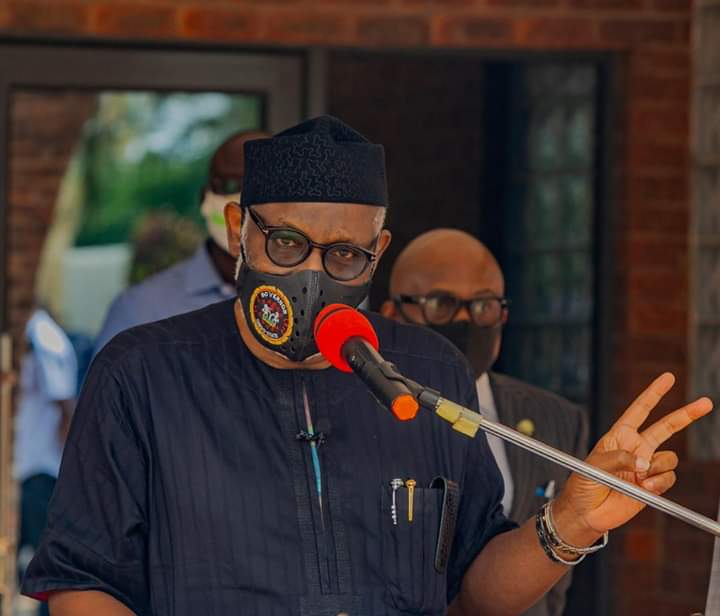 Ondo State Governor, Rotimi Akeredolu has said he is still in the governorship race.

His comment follows speculations of his disqualification from the July 20 governorship primary election of the All Progressives Congress (APC).

Ojo Oyewamide, his spokesman, in a statement on Sunday in Akure, said the claims were part of the strategy to distract supporters of Akeredolu.

He called it another distraction “with the aim of deceiving the unsuspecting public and diverting attention from the self-imposed pains on the part of those behind the story”.

Oyewamide called the “scavengers” who will “stop at nothing to sustain their trade of deceit. Ignore them, remain firm, be dedicated and prayerful”.

The statement noted that Akeredolu is not just participating at the party primary but “shall be re-elected by the Grace of God, come October 10, 2020”.

Akeredolu appealed to all his supporters to ignore the rumour and “dedicate this period to God for His continuous grace, favour and protection”.