One person was feared dead while scores were wounded in a clash between Nigerian Army and the Indigenous People of Biafra (IPOB) security outfit in Okporo Orlu in Imo State.

It was gathered that the soldiers who were in military operation in the area stormed the community suspected to be operational base of the IPOB newly formed Eastern Security Network (ESN).

A resident in the area told The Nation that there was shootout between soldiers and IPOB men and several people were wounded.

According to him about five people were injured while one person was killed.

Also, about five buildings including a church, Blessed Holy Trinity Sabbath Mission, in Orlu Local Government Area were said to have been allegedly set ablaze by “some armed security operatives” who invaded the area.

The incident according to a source happened around 6am on Friday.

“The burning of the church was carried out by those masked security agents and the church that was burnt was the Holy Trinity Sabbath Mission in Orlu local government area.

The IPOB Media and Publicity Secretary told our Correspondent that the soldiers are killing civilians.

“The soldiers are killing civilians since this week in the area.

“How did we attack them first? Did we go to their base and attack them first or they came to attack us in bush where we normally stay and work? We are not on the streets or roads; we pursue terrorists in the bush and forest,” he stated.

He told our Correspondent on phone: “Why do you want to confirm from me? Did you confirm from them why they killed a policeman.”

However, the state police spokesman, Orlando Ikeokwu, said that he was not aware of any causalities but “what I know is that there is military operation going on in the area.” (The Nation) 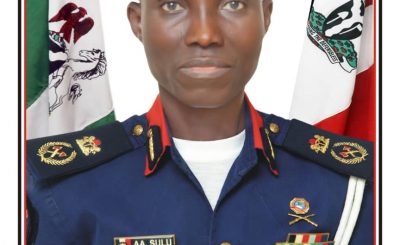