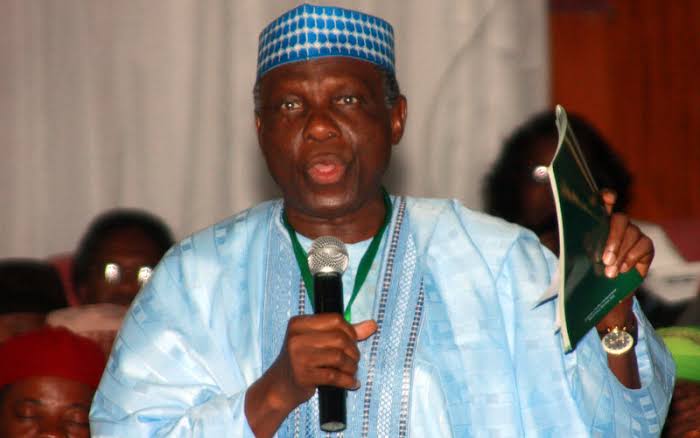 Former Minister of Information and presidential candidate of the Social Democratic Party, Professor Jerry Gana has described those who endorsed the candidacy of President Muhammadu Buhari As “renegade members” of the party.

Gana stated this in a statement by his Campaign Director General, Dr Ike Neliaku on Saturday in Abuja.

Neliaku stated that the authentic and principled members of the party were not invited to the meeting where the decision to adopt Buhari was taken.

He alleged those present of recruiting some “hireling” and called them party’s NEC members. He also described the endorsement as unfortunate and retrogressive.

He said, “We note that majority of authentic and principled NEC members were not invited to the said meeting; while some that were invited boycotted the meeting.

” Likewise, hirelings were recruited to bear the identities of genuine NEC members, who, though were invited but chose not to be a part of their envisaged insidious plot packaged in a desperate bid to create a perception of acceptability so as to enhance the value of their merchandise and ultimately increase the revenue of their transaction.

“We also like to state that the purported suspension of the National Publicity Secretary and some state chairmen of our party is laughable and unacceptable as due process and constitutional provisions were not followed.”

Neliaku said the Gana team was awaiting the judgment of the Supreme Court and would remain focused and keep hope alive.