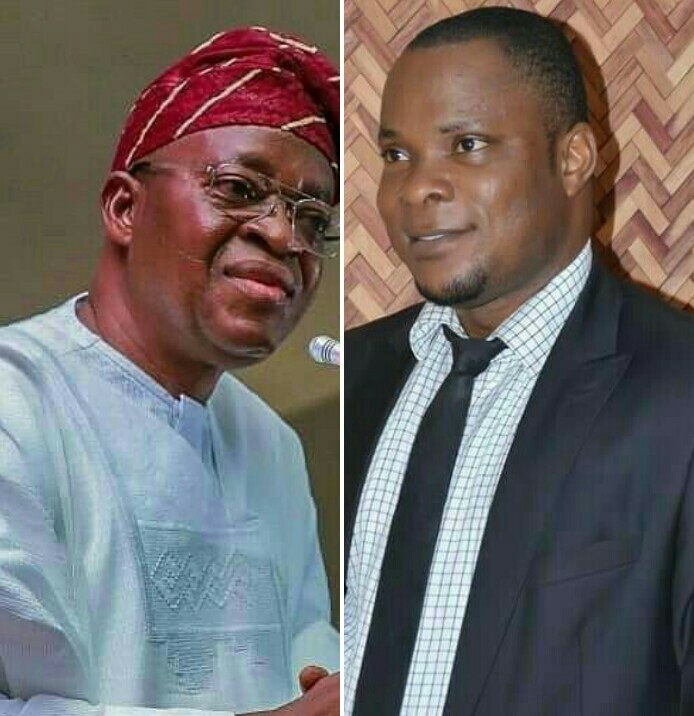 SAVE OUR LOCAL GOVERNMENTS FROM DEMOCRATIC EXTINCTION

Your Excellency,
With utmost respect and unreserved humility, I welcome you back home from the holy land and I pray your wishes be granted.
Sir, I deem it imperative to call on the Governor, leaders, elders and general stakeholders of various communities in Osun State, mostly those within the ruling party to rise up in the interest of the masses and for the protection of democracy at the sixty-four local government areas in Osun from poor governance and democratic extinction.

As a journalist and campaigner for good governance, I wish to register my displeasure over the spate of local government mal-administration in the state and also wish to slate forward a corrective measure to enhance good leadership and democratic sustenance at the third tier arm of government.

In recent time, more than twenty-seven (27) local government parliaments have raised issues of mal-administration against their leadership (genuinely or counterfeit) but we have openly recorded up to five administrative rancor through petitions, Vote of no confidence and impeachment from five different local government areas in Osun despite being of same political party across board (Ayedaade, Olorunda, Osogbo South and Olorunda North as case study).

Your Excellency, if truly Osun is indeed interested in parliamentary system of government at our local government areas, your action is highly needed by reviewing the guidelines on which the local governments are operating and adopt home-based training for all elected councillors across the state or better still the system be reversed after the expiration of their current tenure by 2021.

Despite the fact that the parliamentary system is new to our local governments, Osun can as usual lead by good example for other states in running parliamentary system across all local governments in Nigeria but the motive behind its establishment by your predecessor is gradually being defeated by the way of practising it in Osun, and it is affecting the ruling party.

Apart from power play, political fractionalization and personal interest within the All Progressive Congress (APC) in Osun which will be one of your major obstacles to your re-election bid, the leadership of our local governments must be your utmost concern as it is the closest government to the grassroots; if you wish to gain the heart of the masses. Relationship between your leadership and the state Assembly, party Congress and local government election should top your political agenda (discussion for another day).

Mr Governor, it is a clear fact that every councillor (including Chairman) belongs to one political dynasty or the other, identifying the owner of each dynasty and their interest in your government is another preventing measure to this brouhaha.

Sir, as I am bringing this letter to a close, permit me to say in my opinion that you’ve started on a good footing and I hope you will sustain the momentum if the needed drastic actions are taken by you as at when due to correct some abnormalities not minding of stepping on toes, your timely action is highly needed. (Obaseki of Edo and Ambode of Lagos on my mind).

How #EndSARS protest may shape outcome of 2023 polls

Insecurity gaining ground because Nigerians are divided – CAN