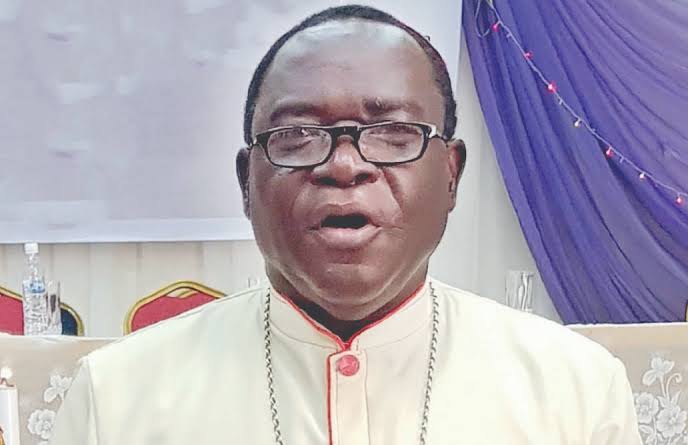 Let me start this rather short Tribute by stating that the story of my contact with Bishop Matthew Hassan Kukah and my eventual employment at the _Catholic Secretariat of Nigeria_ (CSN) are already well-documented in the manuscripts of my future book. Let me also confess that this event-filled connection was the culmination of the timely interventions of men like the retired Archbishop Olukayode Akinyemi of the Anglican Archdiocese of Kwara; and Oba Oladele Olashore, the late _Ajagbusi Ekun of Iloko-Ijesa_ in Osun State, in the affairs of my life. When, even with the possession of entry requirements, all hopes of furthering my studies in the university were almost lost, it was Akinyemi and Olashore who assured me that the One who made me would never leave me helpless.

Hear Kukah in a letter, dated January 12, 1998, and addressed to yours sincerely: _“You write well … As I have told you, do not relent in your effort and do not look at your background as an impediment. As you know … our backgrounds are far from being obstacles to success.”_ Between October 2, 1998 and April 30, 2003, I worked at the CSN as a lay staff. I remember the likes of Rev. Frs. George Ehusani, Emmanuel Badejo (now Bishop of Oyo Diocese, who was then my line boss), Uba John Ofei (of blessed memory), Stan Chu Illo, and, of course, Rev. Srs. Regina Oke and Josephine Titiloye who accepted me as one of their own. Till date, these wonderful people still see and take me as their spiritual son. Lest I forget, it was through the then Fr. Kukah-led _Catholic Secretariat Forum_ that I met upstanding men in the society like Pat Utomi, Emmanuel Ijewere and the late Rear Admiral Ndubuisi Kanu. So, I remain eternally grateful!

For those who want to know, Kukah knows his onions, because he has devoted himself to his calling. This Catholic prelate did not just wake up to become who he is today. No! It has taken time, determination and discipline. Unfortunately though, the opportunity that he had during his time is no longer available, thank God he used that opportunity to the best of his ability. Without being immodest, there are also men of God who are equally lettered; but because they failed to faithfully apply themselves to their callings, they have sadly ended up as god of men. Also, not only does this priest understand theology, he also understands the depth of the principle and the fundamentals of the State. He is also one leader who doesn’t talk recklessly. So, he can navigate in the rough waters of the State and Religion.

A man of humour and colour, Kukah is not just a scholar but also one energetic and conscious crusader who has a deeper understanding of how an egalitarian society should look like. He is conscious of his social status in society. Is it any wonder then that he has survived many odds? Indeed, it is this lack of consciousness among other priests in his class that has continued to contribute negatively to the development and sustenance of the country. The more reason the wrong class of people has continued to show up like an endless circle at its leadership recruitment centre.

The shrewd churchman is also a consistent advocate for social justice who has become a thorn in the flesh of power. Kukah speaks truth to power and the establishment begins to look for ways to discredit him. Yes, the cleric may sound controversial as some people are wont to make Nigerians believe, the fact remains that, once his traducers abandon the object for shadow-chasing, deflection sets in. Why? The more you allow any issue raised to have a life of its own, the more it becomes difficult to resolve. Give it to Kukah, his timely interventions have always helped to deflate that kind of concentration on areas of conflict. Whenever he talks, even those who had preferred the _‘sidon look’_ philosophy as an option would soon find ways of opening up while those who, hitherto, had been interested in raising unnecessary dust would simmer and calm. These are parts of his special attributes which no one can fault!

Another prominent feature of the balanced scholar is his allusion to rich references. Since the Bishop is well-read, it has become easier for him to interrogate even men of the 13th and 14th centuries – those who are long gone to the great beyond. On a number of occasions, he has disagreed with them and has pointed out positions that have remained difficult to ignore.

_‘Ai f’agba f’enikan ko je k’aye o gun!’_ (To look down on the king, leaders and elders is tantamount to contempt for the gods). Without doubt, there are one million and one people who equally clocked 70 years on the same day with Kukah. But then, it is not all the 70-year-olds who can match Kukah, both in intellect and the application of that God-given gift, because he has applied himself. This has become obvious in the way he has been handling topical issues.

Kukah has roused the powers-that-be to a series of issues. Talk of RUGA or the unending-but-avoidable senseless killings across Nigeria! Mention the contentious same faith presidential ticket recently adopted by the ruling _All Progressives Congress_ (APC); even Deborah Samuel who was senselessly stoned to death in Sokoto by some yet-to-be-identified religious bigots: this priest of many parts has raised thought-provoking issues that have gone a long way in injecting sanity into this terribly fractured microcosm. Obviously, those are the stuffs those in the elite class, whose interest is primarily to sustain their interest, must know; that, for that interest to be sustained, it is in the objective interest of the society to keep existing, because, should the society cease to exist, there won’t be the interest of any class.

Bishop Kukah has done his bit! He has sufficiently paid his dues and the Nigerian society remains grateful! But then, this fated clime needs to do more! Instead of discouraging the man of God, this society owes it a duty to rally round him. Essentially, those in his social status should join him because, should he decide to keep quiet, then, welcome paralysis of the society! Should his brand get extinguished, then, the country is doomed because nobody will be able to stand on behalf of the masses and the general society again. There and then, the society will simply collapse and there may be no remedy! The reason is simple: the spoilers have seized power at the very top echelon of Nigeria’s geopolitical, even socioeconomic space at strategic positions.

Talk of the French renaissance and one would find out that the cultural and artistic movement between 15th and early 17th centuries was largely successful because it allowed the seeking of knowledge as status symbol. Sad that, in today’s Nigeria, people don’t read again! The students who are supposed to be reading with a view to proffering solutions to the country’s hydra-headed problems in the future are already fed up. To them, reading has become a burden. Their focus is on its reward, as such they have put the cart before the horse. Unfortunately, the custodians of values in the society have also abandoned their roles because they, too, are not being rewarded for their efforts.

May the Lamb of God, who takes away the sin of the world, grant Bishop Kukah more years in his service to God and humanity!