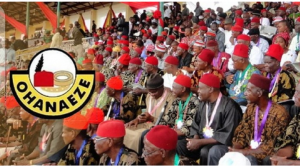 Ohanaeze Youth Council (OYC), a socio-cultural organization has expressed concern over the incessant operations of unknown armed men in Orlu zone of Imo State especially the recent beheading and torture of Ndigbo in the area.

Insight Media gathered that three native doctors suspected to be linked to preparing charms for some members of the Eastern Security Network, ESN, had abandoned their shrines to undisclosed locations.

This was after one of the said native doctor, one Paschal Okeke of Umudim Ukwu Orji Awomama in Oru East Local government area of Imo State, was allegedly beheaded by the group for preparing ineffective charms.

However, IPOB leader, Nnamdi Kanu has denied that his group was involved in such an act.

But the Igboayaka O. Igboayaka-led Ohanaeze Youth Council in a release sent to DAILY POST on Saturday, advised traditional rulers and President Generals in all communities in Orlu and Imo State to approve and supervise tree climbing of all forests in various communities in the state, especially in Orlu zone within fourteen days.

The highest Igbo youth organization also demanded that the traditional rulers in Imo State should approve first Saturday of every month for combing of all forests in Imo State to burst the hideouts of armed gang perpetuating evil and sacrilege in the land.

According to the OYC, “Crime is a local thing, therefore local method ought to be imployed to checkmate the activities of these heartless armed gang terrorizing the State and other parts of Alaigbo.

“It is a shock to the council that after it saw a viral video of a man who was tortured to death by these criminal elements by cutting his manhood, another ugly incident occurred on Wednesday, 28th July 2021 at Okporo Orlu where one Felix Okechukwu from Okporo and Berechukwu Udemba from Ududu village were beheaded and thereafter displayed at Orie Okporo market arena.

Ohanaeze Youth Council reminded traditional rulers and president generals of Town Union in Imo State and Igbo land that such wicked killing has already defiled Igbo land, and will bring curse to the next generation, stressing that Ndigbo defines human life as “sacred” therefore, Igbo elders, political and religion leaders should rise now to stop this evil that is walking naked in Igbo land.

OYC further decried how human heads and private parts are displayed in Orlu, and called for sober reflection and proactive measures to collectively search for those behind this abomination.

It warned that the blood thirsty armed gang to quit from Orlu and Igbo land or they will meet their waterloo through a strong resisting measure.

According to Ohanaeze youths in the release, “Ndigbo are not like other tribes that place no value on human lives. The recent event of wanton killing is devoid of the concept Ndigbo has about human lives, therefore, every Igbo person living in various communities of Igbo extraction should rise and be their brother’s keeper by keeping vigilante and giving proper information that will lead to the stop of this coordinated evil in Igbo land.

“OYC’s private investigation reveals that these wicked armed gang are not acting alone but are induced by gang or circle of political profiteers that lost political grips in Imo State. we therefore warn them to desist from this evil plan and interruption of the peaceful state of Imo, or face the full wrath of the law.

“It is really unfortunate that the armed gangs are in high twisted conspiracy by their sponsors to sabotage and blackmail the genuine effort of self-determination groups in Igbo land. We, therefore, assure them that they have offended the spirit of the land, and should be ready to face” the Dance of Surugede”. 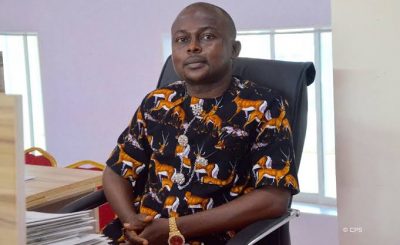 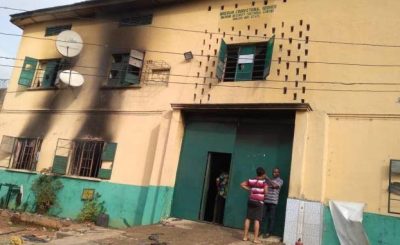