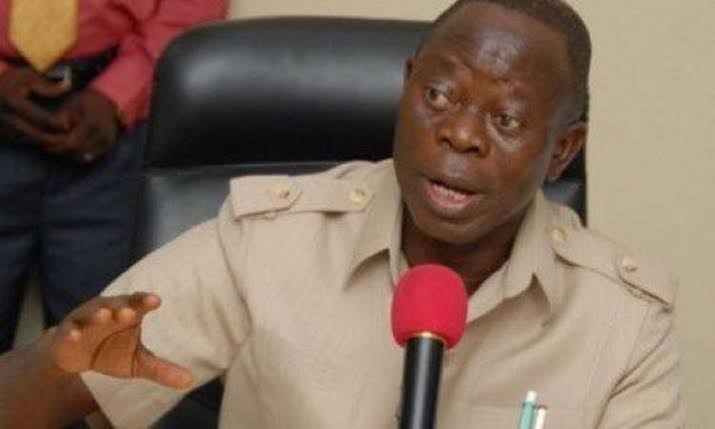 National Chairman of the All Progressives Congress (APC), Comrade Adams Oshiomhole, has pleaded with all APC state governors to implement the N30, 000 minimum wage and the consequential adjustments.

News Agency of Nigeria reports that Oshiomhole made the plea on Monday, in Jos, at the ongoing Federal Government-Progressives Governors’ Forum parley in Jos.

“As progressives, let us be the first to pay the new national minimum wage, and not just the wage but also the consequential adjustments arising from it.

“Already, there are some proactive progressive governors that have taken steps to address this.

“I plead that you give this a priority, because when other governors are fighting whether or not to pay, you will say that progressive governors have paid.

“Where there is will, there will certainly be a way,” he said.

The APC national chairman also called on the APC governors to support border closure by the Federal Government.”

He said that the nation’s borders should remain closed until neighboring countries follow the protocols of fair trade.

Oshiomole in an interview with newsmen, also lend his support to financial autonomy for local governments in the country.

He said that local government autonomy was not negotiable.

According to him, just as the Federal Government does not control state governor on how to manage his money, so should the state governors allow the local governments to function.

He added that local governments should be allowed to operate the same way states operate with the Federal Government exercising oversight function. (Independent)