The All Progressives Congress (APC) has confirmed reports that the residence of the party’s National Chairman, Adams Oshiomhole was attacked by political thugs.

APC Spokesperson, Mr Lanre Issa-Onilu in a statement on Sunday condemned the attack, saying that those behind the incident were “desperate persons who have political ambition.”
He commended Oshiomhole for “calling for calm after the apparent attempt on his life”.
The party called on the Inspector-General of Police (IGP), Mohammad Adamu, and other relevant security outfits to investigate the ugly incident and prosecute the sponsors and attackers.

“In Edo State, just as in any other state, everyone must be free to go about their normal and legitimate activities without harassment, intimidation, threat to life and property.

“It is clear that the sponsors of the attack are bent on causing crisis in the state in pursuit of their desperate and unpopular political interests. Human life is greater that anyone’s political ambition”, he added.

However, the Edo State Government has denied knowledge of the attack on Oshiomhole’s house, saying it is only a speculation.

Special Adviser to Governor Obaseki on Media, Crusoe Osagie, debunked the allegation, stating that the Edo State Government had absolutely no knowledge of the purported attack on the person or the residence of Oshiomhole.

“We have no knowledge of the attack. We have also reached out to the Police, and they affirmed that they do not know about such an attack,” he said. 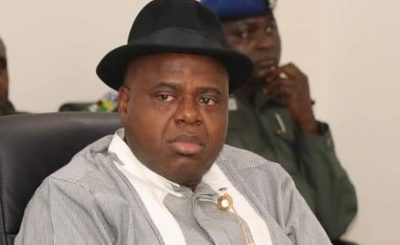